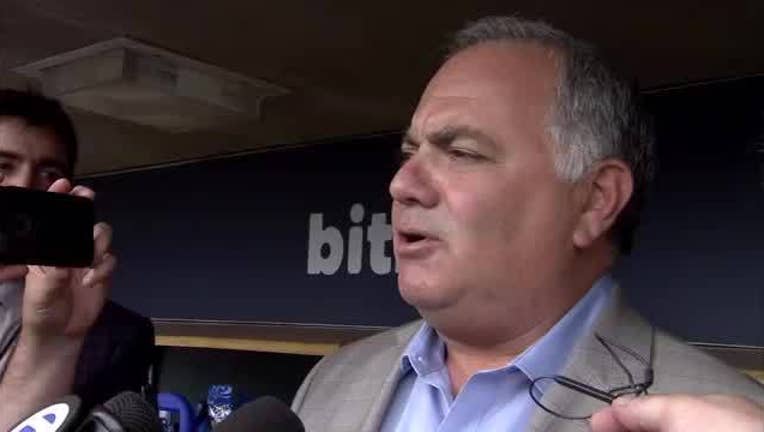 DETROIT (AP) - Jordy Mercer found out quickly that the Tigers had him on their radar.

"They were one of the first clubs that we had talks with," Detroit's new shortstop said. "It was early on in the process, so I know they were interested. They didn't back down."

The rebuilding Tigers aren't a team likely to turn many heads this offseason, but they've wasted little time in pursuing their objectives, making three quiet free agent signings already. Mercer reached a one-year deal with Detroit, and so did pitchers Matt Moore and Tyson Ross. Those moves don't figure to shift the balance of power in the AL Central, but after two straight 98-loss seasons, the Tigers have been content to give out short-term contracts while waiting for some of their top prospects to reach the majors.

While other teams have proceeded more slowly this offseason - perhaps waiting to see how the bidding goes for stars like Bryce Harper and Manny Machado - the Tigers have moved fast. So have the Texas Rangers, who have already added free agents Lance Lynn, Jeff Mathis and Jesse Chavez. The Rangers are also coming off a last-place finish.

Detroit's previous shortstop, Jose Iglesias, is now a free agent, so the Tigers brought in Mercer, who played his first seven seasons with Pittsburgh.

"He was one of the players we targeted heading into the offseason," general manager Al Avila said recently. "We're really drawn to his consistency, both on the field at a premium position and in the clubhouse as a player that is a true veteran leader."

Mercer discussed some of those qualities on a conference call. He noted his stats have looked remarkably similar for several seasons now. From 2014-18, he hit between .244 and .256 every year, and in four of those five seasons, his OPS was between .693 and .733.

Mercer spent time on the disabled list with a calf issue in 2018 but has averaged 135 games over the past five seasons. He admitted he was nervous entering free agency, given how slowly the market progressed last offseason. Neil Walker, Mercer's former teammate with Pittsburgh, waited all the way until March before taking a one-year, $4 million contract from the Yankees. That was down from the $17.2 million he'd earned the previous season after accepting a qualifying offer from the Mets.

Mercer's deal with the Tigers is for $5.25 million, plus performance bonuses.

"They were the first one to push the envelope," he said. "It seemed like a great fit right away."

The Tigers also added Moore and Ross in moves reminiscent of last offseason, when Detroit signed Mike Fiers and Francisco Liriano to bolster the pitching staff. Fiers was solid for the Tigers, and they were able to trade him to Oakland for a pair of minor league pitchers.

Detroit looks nothing like the high-payroll team that just a few years ago was contending for World Series titles with Justin Verlander, Max Scherzer, Prince Fielder and Miguel Cabrera. Only Cabrera is left from that group, and he's coming off a biceps injury that limited him to 38 games this year.

Jordan Zimmermann also has a big contract, but Victor Martinez's deal ended after last season, and he retired.

One of the big questions for the rest of this offseason is whether Detroit will trade Nicholas Castellanos, a 26-year-old outfielder who hit 23 home runs last season. Castellanos, again eligible for arbitration, made more than $6 million this year.