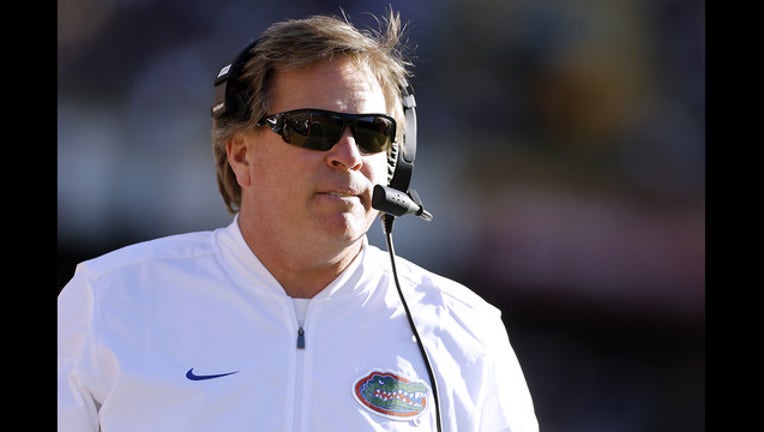 BATON ROUGE, LA - NOVEMBER 19: Head coach Jim McElwain of the Florida Gators reacts during the second half of a game against the LSU Tigers at Tiger Stadium on November 19, 2016 in Baton Rouge, Louisiana. (Photo by Jonathan Bachman/Getty Images)

Jim Harbaugh announced the addition to his staff Tuesday.

McElwain and the Gators agreed to a split last season when the team was 3-4. McElwain won 19 games over his first two years. The former Colorado State coach and Alabama offensive coordinator became the first coach in SEC history to take a team to the conference championship game in his first two years.

The Wolverines previously hired Sherrone Moore to coach tight ends, Al Washington to be an assistant on defense and Ben Herbert to lead the team's strength and conditioning program.

Michigan was 8-5 last year after having 10-2 records in each of Harbaugh's first two seasons.