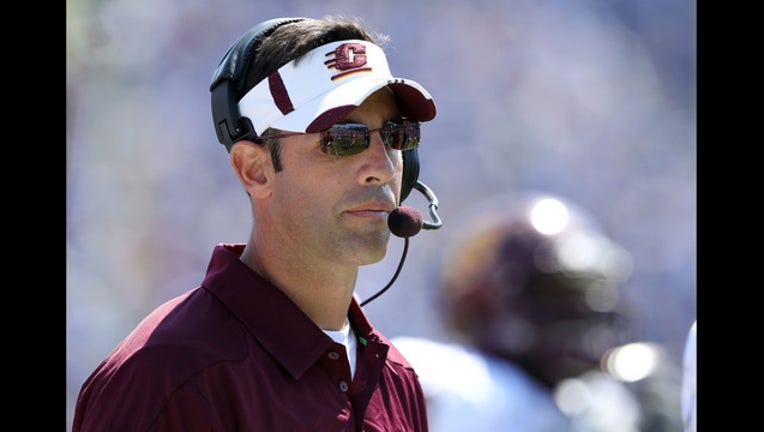 LEXINGTON, KY - SEPTEMBER 10: Dan Enos the head coach of the Central Michigan Chipewas takes in the action during the game against the Kentucky Wildcats at Commonwealth Stadium on September 10, 2011. (Photo by Andy Lyons/Getty Images)

The school announced the move Monday, saying the position group Enos will coach has yet to be finalized.

Enos spent five seasons as CMU's coach (2010-14) and was the offensive coordinator and quarterbacks coach at Arkansas for the past three years.

Before his stint at CMU, he was an offensive coach for four seasons at Michigan State, his alma mater.