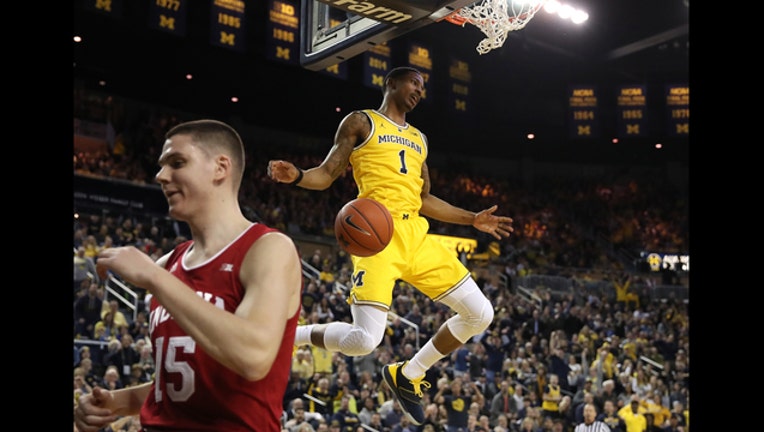 ANN ARBOR, MICHIGAN - JANUARY 06: Charles Matthews #1 of the Michigan Wolverines dunks next to Zach McRoberts #15 of the Indiana Hoosiers during the first half at Crisler Arena on January 06, 2019. (Photo by Gregory Shamus/Getty Images)

The rest of the top 10 became a jumble after three ranked teams lost last week.

The top 25 teams in The Associated Press' college basketball poll, with first-place votes in parentheses, records through Jan. 6, total points based on 25 points for a first-place vote through one point for a 25th-place vote and last week's ranking: