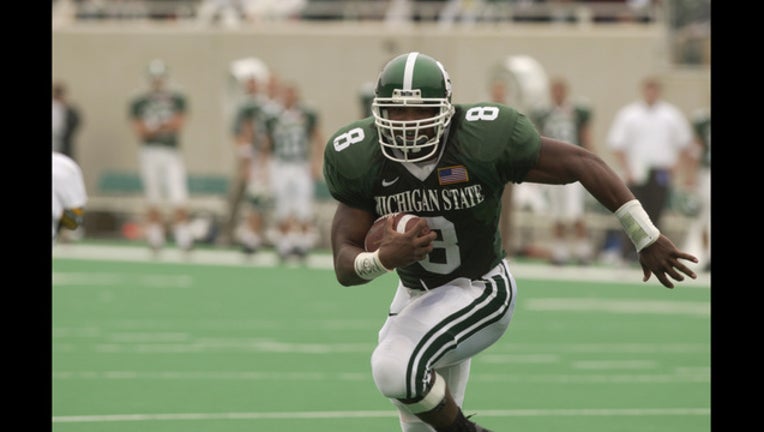 EAST LANSING, MI - OCTOBER 13: Running back TJ Duckett #8 of the Michigan State Spartans runs with the ball during the Big Ten Conference football game against the Iowa Hawkeyes on October 13, 2001. (Photo by Darron R. Silva/Getty Images)

The class was announced Wednesday night and will be enshrined Sept. 28.

Detroit drafted Porcher in the first round in 1992 and he had 95 ? sacks for the franchise over 12 seasons. Duckett, a first-round pick of the Atlanta Falcons, played football for the Spartans after being a multi-sport athlete at Kalamazoo Loy Norrix High School.