Penn State (11-4, 2-2) entered with an average margin of victory of 14.4 points during its win streak which included a 74-59 road win against then-No. 17 Illinois. The Nittany Lions led for just 1:37 against Michigan and never in the second half. 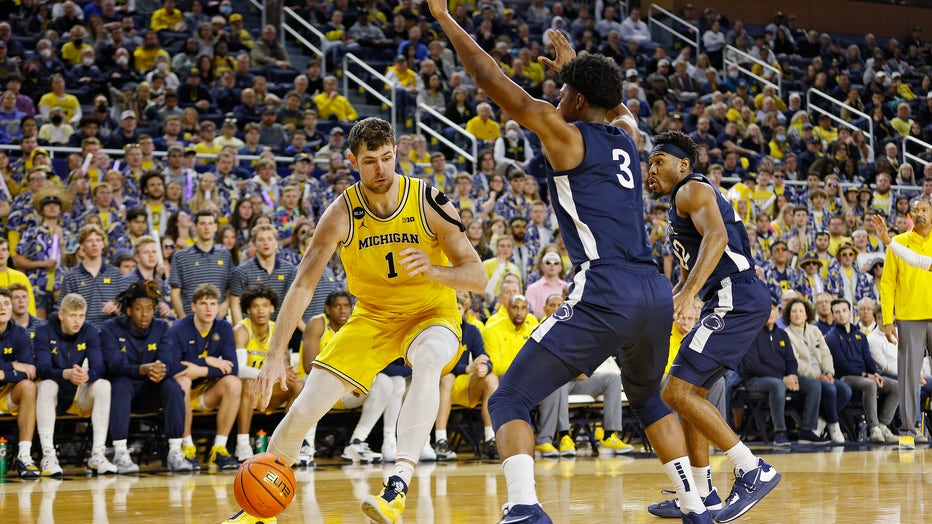 ANN ARBOR, MICHIGAN - JANUARY 04: Hunter Dickinson #1 of the Michigan Wolverines drives to the basket against Kebba Njie #3 and Jalen Pickett #22 of the Penn State Nittany Lions in the second half of a game at Crisler Center on January 04, 2023 in An

Tarris Reed Jr. made 1 of 2 foul shots and Michigan extended its 42-34 halftime lead to 61-47 with 11:20 left. Penn State closed to 72-69 on Camren Wynter's jump shot with 2:17 remaining. Howard missed a jumper on Michigan's next possession but Penn State failed to tie it when Andrew Funk missed a 3-pointer. Penn State missed its final three-shot attempts following Wynter's basket.