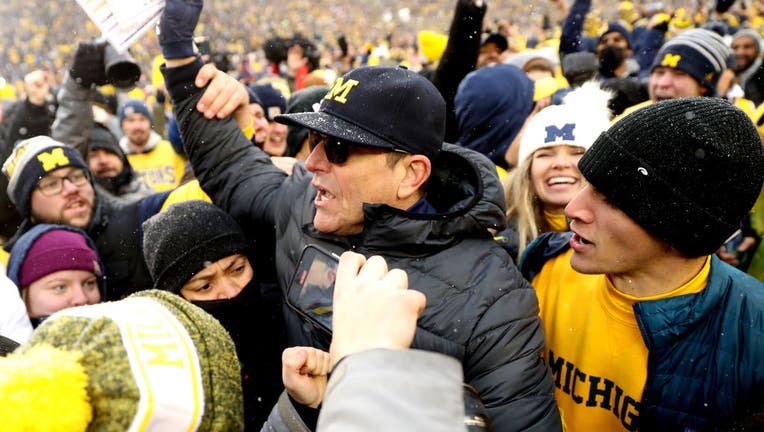 DETROIT (FOX 2) - For the first time in the history of the Big Ten Championship, one of the nation's most storied college football programs is playing for it all as Jim Harbaugh and the Michigan Wolverines look to break into the College Football Playoff.

It's finally here. This is the moment Michigan fans have been longing for since Harbaugh came home in 2015. The Wolverines are playing for the Big Ten Championship on Saturday, Dec. 4. The last team between them and a shot at a national title is the no. 15 Iowa Hawkeyes.

Win and Michigan is in the College Football Playoff, likely as the number 2 seed. Lose and they're likely looking at a very high-level bowl game, but would be viewed a bit as a disappointing end to the season.

The only blip in Michigan's resume is the game against Michigan State in East Lansing, which Michigan led by 16 at one point before the Spartans came all the way back to win 37-33. Then Michigan went on a roll beating Indiana, Penn State, and Maryland.

Then the last week of the regular season - the Game vs. Ohio State.

And the Wolverines ran away with it - literally, as Hassan Haskins punched in five touchdowns on the Buckeyes as Michigan won 42-27.

So what's in store this weekend? Only one way to find.

You can watch the game from start to finish live from Indianapolis on FOX 2 or on FOX Sports. Just click or tap this link to watch it on whatever device you want by logging in with your TV provider credentials.

Here's how to watch it on any TV provider in the Detroit area:

If you don't have cable, there are several options for streaming the game – YouTube TV, Sling TV, Hulu with Live TV, DirecTV Stream, and FuboTV.

Tickets are available for the game, but only through StubHub, and tickets start there at $235 each and go up to almost $2,700 - or a sideline spot for $10 grand!