SOUTHFIELD, Mich. (FOX 2) - In two weeks, when Michigan and Michigan State battle it for the Paul Bunyan Trophy in Lansing, you can watch the game on FOX 2 at Noon.

The Big Ten announced the two top ten teams will play at noon and the game will be carried by FOX. Both teams are undefeated and Michigan State (7-0, 4-0) will stay that way as they are off this weekend. Michigan (6-0, 3-0) has to get through Northwestern on Saturday in Ann Arbor.

As of Oct. 18, Michigan is ranked 6th and Michigan State is 9th in the Associated Press Top 25.

The Wolverines and Spartans are the only two undefeated teams left in the Big 10 but neither has played Ohio State (5-1, 3-0) or Penn State (5-1, 2-1). Both teams will play each team later this season.

You can watch the game on FOX 2 or by downloading the FOX Sports app and logging in with your TV provider. 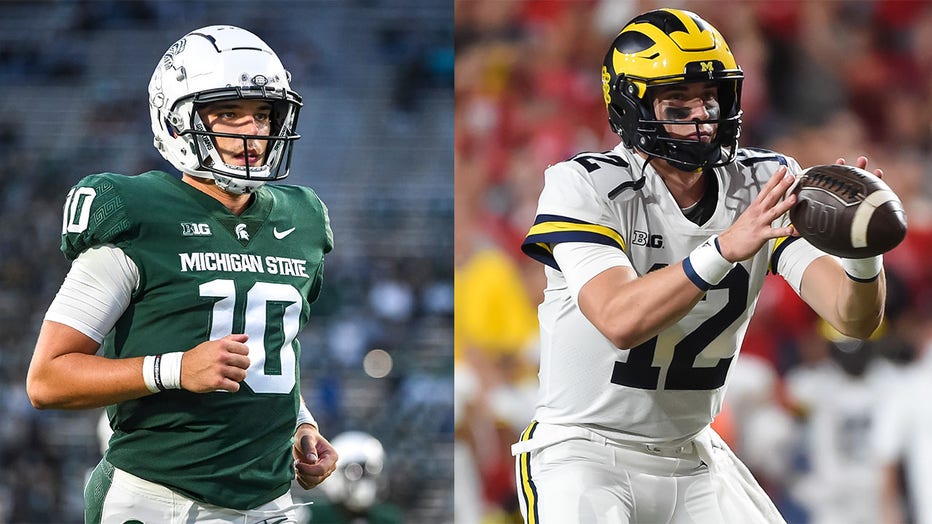