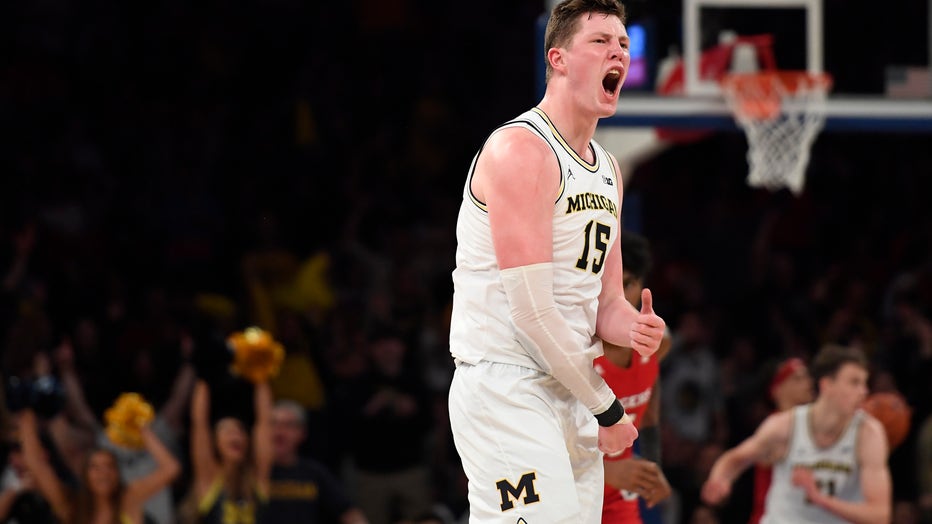 Mathis had a steal and a fast break layup that put the Scarlet Knights up 38-37 with 17:39 to go. Teske's layup a couple minutes later put the Wolverines ahead, and his 3 with just under 12 minutes left made it 51-42.

Michigan built its lead to 16 points before Rutgers rallied, closing to 65-63 with 19.2 seconds to go when Geo Baker hit a 3 for his only basket of the game.

Mathis had 17 points and eight rebounds to lead Rutgers.

Michigan: The Wolverines have struggled as of late, despite rising to as high as No. 4 in the AP poll after a 7-0 start. Before defeating Nebraska this week, they had lost four in a row and five of the last six. Two wins in a row could get a once-promising season back on track.

Michigan point guard Zavier Simpson returned after serving a one-game suspension for an unspecified violation of team rules, missing Michigan’s win at Nebraska on Tuesday night. That was the first game Simpson had missed in his Michigan career, snapping a streak of 135 in a row. The senior averages 12.8 points and 8.3 assists per game and a team-high 33.7 minutes per game. He had nine points and 10 assists in his return.

After climbing into the rankings, the Scarlet Knights will likely fall out after going 1-1 this week.

Michigan is 22-9 overall in the current Garden, and hasn't lost in the building since falling to Duke in 2008. It wasn’t just Rutgers vs. Michigan in basketball. The two schools had a wrestling match at the Garden prior to the basketball game in the B1G Super Saturday. Michigan won on the mat.

Rutgers: At No. 15 Maryland on Tuesday.