Dickinson made the announcement on

Dickinson, who is from Alexandria, Virginia, helped the Wolverines reach as high as No. 2 in The Associated Press Top25 and finish No. 4 after a 19-3 regular season. The team led by coach of the year Juwan Howard fell one game short of the Final Four, losing to UCLA by two points. 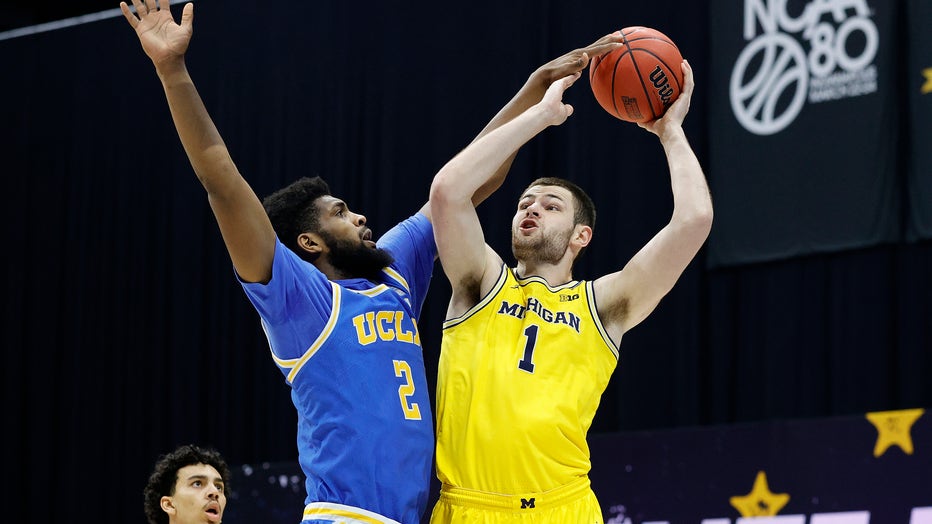 INDIANAPOLIS, INDIANA - MARCH 30: Cody Riley #2 of the UCLA Bruins defends a shot by Hunter Dickinson #1 of the Michigan Wolverines during the first half in the Elite Eight round game of the 2021 NCAA Men's Basketball Tournament at Lucas Oil Stadium

The Wolverines are losing sophomore Franz Wagner along with Isaiah Livers, Mike Smith, Chaundee Brown and Austin Davis from this year’s team. Eli Brooks is coming back, taking advantage of an extra year of eligibility the NCAA is allowing due to the pandemic.