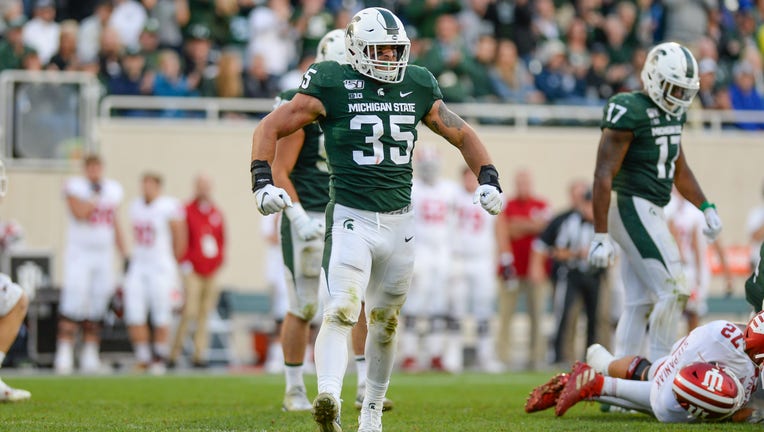 EAST LANSING, Mich. - Michigan State linebacker Joe Bachie has been declared ineligible by the Big Ten after testing positive for a banned supplement.

The school said it will appeal. Bachie, a senior with 36 tackles and with 3 ½ sacks, made the second team on the AP's list of midseason All-Americans.

Michigan State's announcement did not identify the supplement Bachie tested positive for, saying only that it "is classified as a performance-enhancing substance banned by the league."

"All my career I've done my very best to represent Michigan State in a positive manner on and off the field," Bachie said in a statement. "I plan to appeal, but to all of those affected, from my coaches to my teammates and to the fans, I apologize for putting them through this situation. I will always be a Spartan."

Michigan State has an open date this week. The Spartans host Illinois on Nov. 9.

The news about Bachie is another blow during a dismal stretch for Michigan State. The Spartans have lost three straight games by a combined score of 100-17 to Ohio State, Wisconsin and Penn State. Michigan State has also had several players enter the transfer portal in the middle of the season.

The defense has still been a bright spot at times, with Bachie a big part of that. He led the team in tackles as a sophomore and a junior, and this is his second season as a captain.

"Joe Bachie has built himself into an All-Big Ten middle linebacker and two-time team captain through his incredible work ethic and leadership skills. This situation breaks my heart, but I know Joe is resilient and accountable," coach Mark Dantonio said. "No one feels worse than Joe does, a sentiment he expressed when he spoke to the team earlier today. This does not define Joe as a player, and more importantly, as a man. He will graduate in December and has a very bright future ahead of him, both on and off the field.

"As a program, we plan to appeal immediately, and will continue to support Joe however we can. He will forever be a Spartan."