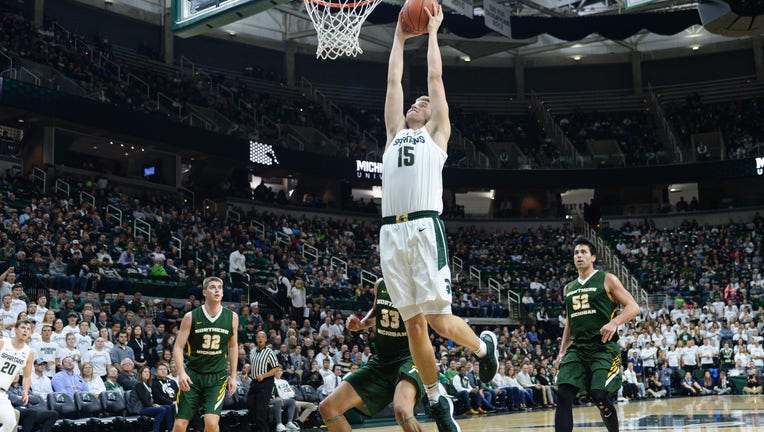 EAST LANSING, Mich. - Michigan State forward Thomas Kithier has a broken nose that is not expected to keep him out of the season-opening game.

Kithier was injured by an inadvertent elbow at practice. He has been cleared to practice and play in games.

The top-ranked Spartans face No. 2 Kentucky on Tuesday in New York. Kithier is a candidate to start at forward. The 6-foot-8 sophomore averaged 1.6 points and 1.3 rebounds while he was used sparingly in 31 games last season.