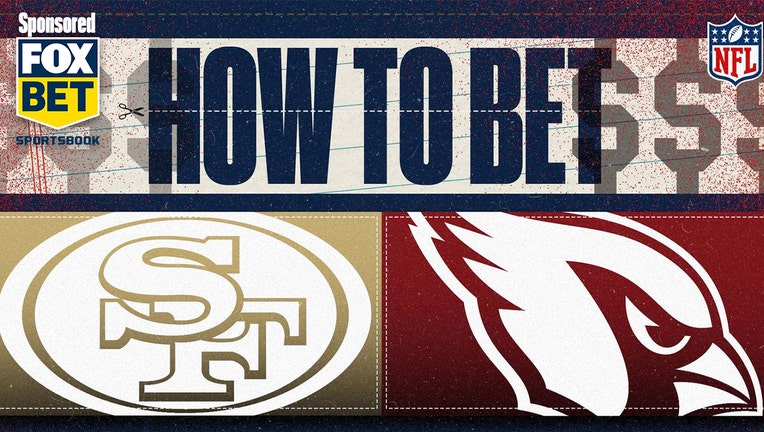 In a quirk in the NFL schedule, the teams in the NFC West will play a division foe for the second consecutive week.

The San Francisco 49ers (2-2) travel to Arizona to take on the first-place Cardinals (4-0), who look to extend their division lead with a victory. The Cardinals are a 5.5 point favorite and the 49ers are 1-5-1 against the spread (ATS) in their past seven games against Arizona.

Being on the road might not be a bad thing for the 49ers as they are 2-0 this season away from San Francisco.

The 49ers hold a 32-27 edge in the all-time series, though the Cardinals have won nine of the past 12 meetings, including eight in a row from 2015-18. And Arizona is 5-1-1 in its past seven games against San Francisco.

The Cardinals are led by quarterback Kyler Murray, who is emerging as the favorite for the NFL MVP.

The No. 1 overall pick in 2019 out of Oklahoma via Texas A&M followed up winning the Heisman Trophy for the Sooners by claiming the NFL offensive rookie of the year award in 2019.

While Murray is having an MVP-caliber season, the 49ers could have an issue at quarterback.

Starter Jimmy Garoppolo suffered a right calf injury against Seattle on Sunday, and the 49ers haven't announced if he will play against the Cardinals though Garoppolo said he may be out for a bit.

"It feels like just the calf right now," Garoppolo said. "I'm hopeful it will just be a couple of weeks or something like that."

If so, rookie Trey Lance, the No. 3 overall pick out of North Dakota State, would make his first NFL start.

Click here for your full NFL odds for Week 5, and check out the all-new "NFL Odds" section on FOXSports.com and the FOX Sports app for everything you need in the sports betting world.

Something has got to give as San Francisco has hit the under four times in its past five games in the Valley of the Sun, but Arizona has hit the over in six of its past seven home games. The over/under is 49.5.

The teams have been going in opposite directions in the past 10 games, with Arizona winning seven times and San Francisco losing seven times. Yet the 49ers are 7-3 in their past 10 October games.

If you are looking to get your bets in on this matchup, check out the odds below, courtesy of FOX Bet.