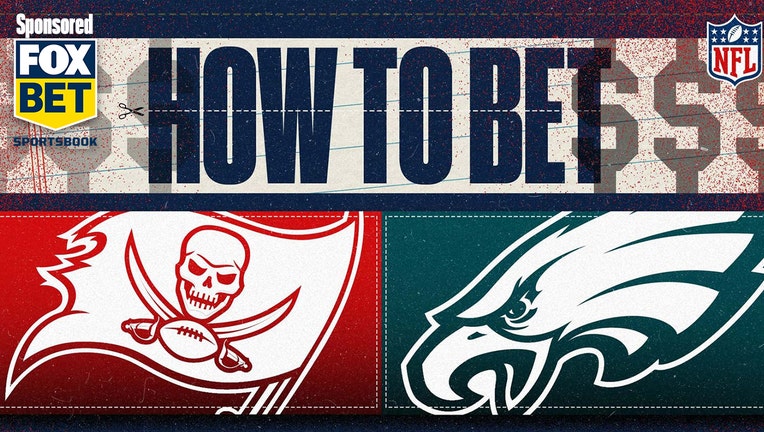 Tom Brady is closing in on another career milestone as his Tampa Bay Buccaneers will face Jalen Hurts and the Philadelphia Eagles on Thursday Night Football in a game in which the Bucs are heavy favorites.

Here are the NFL odds on Bucs versus Eagles, from the point spread to the over/under, plus picks from our gambling experts.

With four touchdown passes, Brady would become the first quarterback in NFL history to reach 600 career touchdown passes. Drew Brees is second on the career list with 571. Aaron Rodgers is next among active QBs with 422 (fifth).

Brady is also in an elite club. He, Peyton Manning, Drew Brees ad Brett Favre are the only quarterbacks in NFL history to beat all 32 teams.

Brady said he believes he escaped serious injury to his right thumb in the first half Sunday against the Dolphins. He hit his hand on the helmet of a Dolphin with 2 minutes, 30 seconds to go in the first half. Brady continued to play, throwing three of his five touchdown passes after he was injured.

TB12 is 13-3 all-time on Thursday Night Football and 4-1 against Philadelphia in his career. The Eagles beat Brady's New England Patriots in Super Bowl LII 41-33 in 2018.

QB Hurts’ combined total of 2,812 passing and rushing yards is the fifth-highest in NFL history by a quarterback through his first nine career games.

If they want to beat the Bucs, Hurts will need all his weapons. Unfortunately, the Eagles placed tight end Dallas Goedert, who is vaccinated, on the reserve/COVID-19 list Tuesday. Goedert may return after he has two negative tests 24 hours apart.

Goedert is third on the Eagles with 216 receiving yards and is tied for the team lead with two touchdowns.

Speaking of touchdowns, FOX Bet is offering a limited-time special wager for ALL FOX Bet customers on Thursday night's game. From 5 p.m. ET on Thursday until 8:30 p.m. ET, you can double your money if either team scores a single passing touchdown. That's right – bet up to $10 to win $20 total that either the Bucs or Eagles will pass for a touchdown.

Philadelphia's defensive will also need to step up. The Eagles are led by tackle Javon Hargrave, who is having a monster season. He ranks first among DTs in sacks (six), pash rush win rate (23 percent), pass rush productivity (9.4), tackles for loss (seven), and run stops (17).

Tampa Bay’s run defense ranks No. 1 in the league by a wide margin, allowing just 45.8 rushing yards per game. Cleveland ranks second at 75.6.

The Bucs have held three of their five opponents to 25 points or fewer this season.

Let's jump into a couple of our favorite prop bets for tonight, with odds courtesy of FOX Bet.

Click here for your full NFL odds for Week 6, and check out the all-new "NFL Odds" section on FOXSports.com and the FOX Sports app for everything you need in the sports betting world.

"Yes, this number is set low but for good reason. Tampa Bay has the best rushing defense in the NFL and teams flat-out refuse to rush the ball against them. In their four wins, they've seen a total of 37 rushes for 105 yards from the running back position. In their lone loss, the Rams' Sony Michel went wild, with 67 yards on 20 rushes."

"The Eagles will not be winning this game and with their offensive line injuries, I can't imagine they run often with Sanders. Sanders is averaging just a tad under 10 rushes a game and I'd venture he gets closer to five than 10. The Eagles will focus using Hurts legs and arm as Tampa Bay's pass defense is their weakness."

Ready to place your bets? Sign up at FOX Bet right here!

Download the FOX Super 6 app for your chance to win thousands of dollars on the biggest sporting events each and every week! Just make your picks and you could win the grand prize. Download and play today!