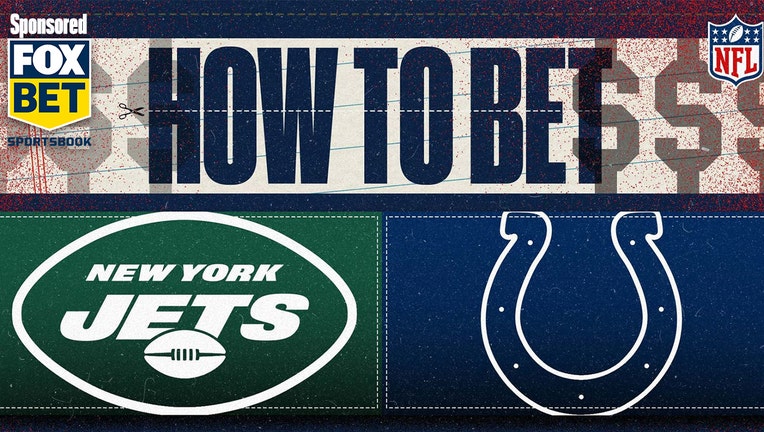 Turnovers could be the key as the Indianapolis Colts play host to the New York Jets on Thursday Night Football on FOX.

Here's everything you need to know about the NFL odds on Thursday night's matchup between the Jets and Colts – the point spread, moneyline and total over/under and pick from our betting expert (with all NFL odds via FOX Bet).

The 3-5 Colts are tied for the NFL lead with the Buffalo Bills with 18 takeaways. The 2-5 Jets have committed 15 turnovers, tied for second-worst in the league behind the Kansas City Chiefs (19).

The Jets received a boost from backup quarterback Mike White, who replaced injured starter Zach Wilson in Week 7, in New York's 34-31 win over the Cincinnati Bengals on Oct. 31.

White is the first player since at least 1950 to record at least 400 passing yards (405) and at least three touchdown passes in their first career NFL start. He was 37-for-45 passing against the Bengals, setting an NFL record for most completions in his first start.

Now that teams have video of White in action, it will be easier for defenses to game plan for him, FOX Sports betting analyst Geoff Schwartz said.

"The Colts pass defense is only ranked 21st by Football Outsiders, but they've only allowed over 250 passing yards twice in eight games – 270 yards to Matt Stafford and over 400 to Lamar Jackson as the Ravens made a furious comeback in the fourth quarter," Schwartz said. "White isn't close to either quarterback's caliber."

The Jets have only one Interception this season, the fewest in the NFL.

The Colts have scored 30-plus points in three consecutive games for the first time since weeks 6-8 of the 2018 season.

Since 2019, there have been 12 teams to win straight up when double-digit underdogs; those teams went 7-5 ATS the following week.

Pick via FOX Sports' Geoff Schwartz: "This one is easy for me. Fade Mike White.

"In his first NFL start last weekend, White threw for over 400 yards. White is not that good, but he's getting praised like he's Tom Brady. It all comes crashing down to earth tonight."

"Look for the Indianapolis defense to be focused on stopping White after his big performance on Sunday. It's also a short preparation week for White, and he's on the road. It will be a rough night for the Jets' offense."