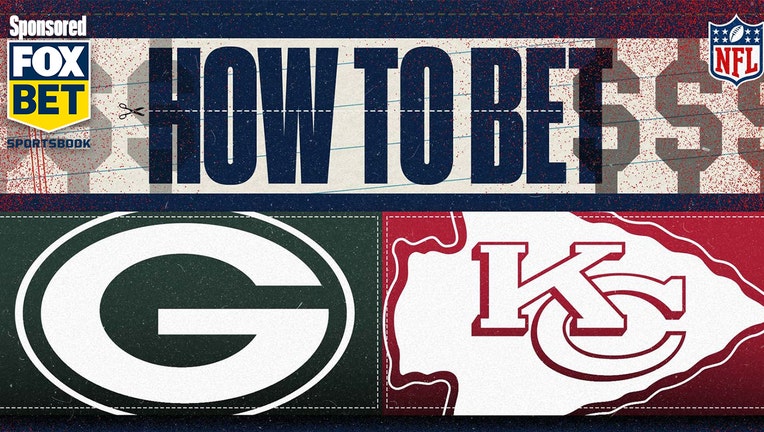 The Green Bay Packers at Kansas City Chiefs showdown Sunday will be without one of the main attractions.

Here's everything you need to know about the NFL odds on Sunday's matchup between the Packers and Chiefs – the point spread, moneyline, total over/under and pick from our betting expert (with all NFL odds via FOX Bet).

Sunday's Game of the Week on FOX Sports was supposed to feature Aaron Rodgers and Patrick Mahomes facing off for the first time. But Rodgers, a three-time NFL MVP (2011, 2014 and 2020), tested positive for COVID-19 and will not play against the Chiefs. He reportedly will miss 10 days.

Jordan Love, the Packers' first-round pick in 2020, will start in place of Rodgers.

Love did not play as a rookie and has appeared in two games this season. Love is 5-for-7 passing for 68 yards and no touchdowns or interceptions.

"The Aaron Rodgers COVID news threw this game into a tailspin, with the game hovering around pick ‘em and then re-opening at Chiefs -7.5," FOX Sports betting analyst Jason McIntyre said. "Jordan Love will make his first NFL start, and it’ll be on the road against Patrick Mahomes. Meanwhile, will the real Chiefs please stand up?"

The Packers are on a roll, winning seven in a row after dropping the season opener to the Saints 38-3. But, Green Bay suffered a significant loss last week as tight end Robert Tonyan tore his ACL and is out for the season.

The struggling Chiefs (4-4) are adding reinforcements themselves, as Kansas City traded for Steelers defensive end Melvin Ingram for a sixth-round pick Tuesday.

Mahomes, the NFL MVP for the 2018 season, has struggled, throwing a league-high 10 interceptions.

"Maybe the Chiefs can have success against a bad defense," McIntyre said. "Green Bay is the third-worst red-zone defense in the league – 78 percent TDs allowed – and they’re still missing the Smith brothers (linebackers Za'Darius Smith and Preston Smith) and their best defensive player, Jaire Alexander."

Rest could be an issue in this matchup as well. The Packers last played Thursday, Oct. 28, in a 24-21 win over the Arizona Cardinals. Kansas City played Monday night, beating the New York Giants 20-17.

Love will be the ninth QB to make their first career start this season. The first eight went 2-6 in their debuts, with Mike White of the New York Jets and Cooper Rush of the Dallas Cowboys winning in Week 8.

Mahomes is the fourth QB in Chiefs history to throw an interception in seven straight regular-season games, the first since Matt Cassel in 2012.

Kansas City leads the NFL with 19 turnovers. The Chiefs have had 23.4 percent of its drives end in a turnover this season, the highest percentage in the NFL.

The Chiefs have yet to win back-to-back games this season.

Pick via FOX Sports' Jason McIntyre: "Kansas City looks nothing like the team that went to two straight Super Bowls and went 38-10 in the regular season over the past three years. The offense has refused to adapt, despite defenses changing and preventing the big play. Patrick Mahomes has refused to take what the defense gives him, and KC leads the NFL in turnovers (19)."

"I like the Chiefs to win this game, but it'll be a close, three to four-point margin."

PICK: Packers (+7 via FOX Bet) to lose by a point, tie or win outright