DETROIT (FOX 2) - We don't get to enjoy watching Barry Sanders on the field anymore but he does have some new gear out that might make a nice holiday purchase. 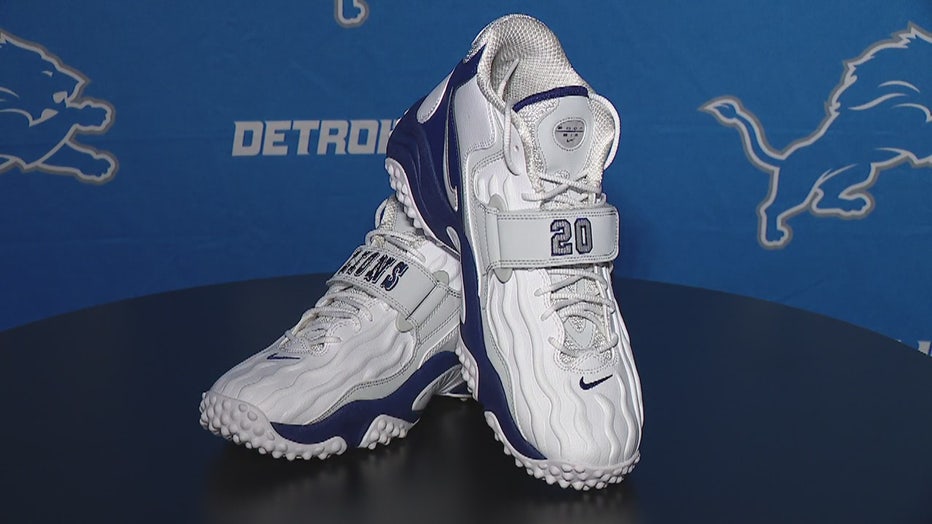 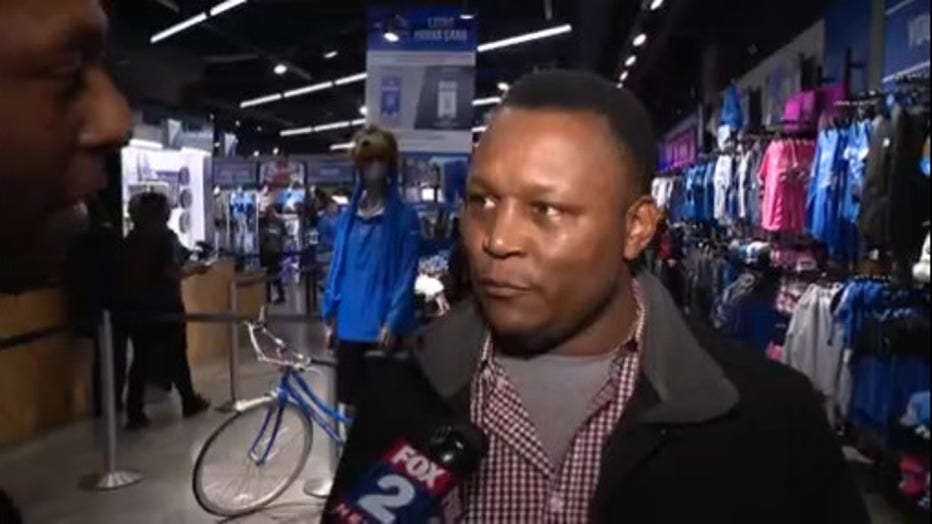 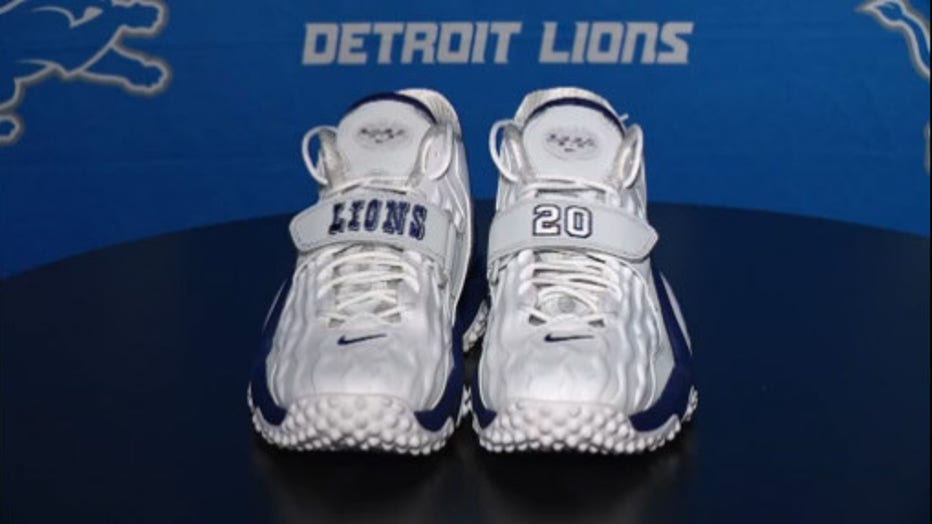 The NFL Hall of Fame running back was there at the Stadium Collection for the unveiling. Sanders, 51, is the fourth-leading rusher in NFL history with 15,269 yards and 99 career touchdowns over 10 seasons. 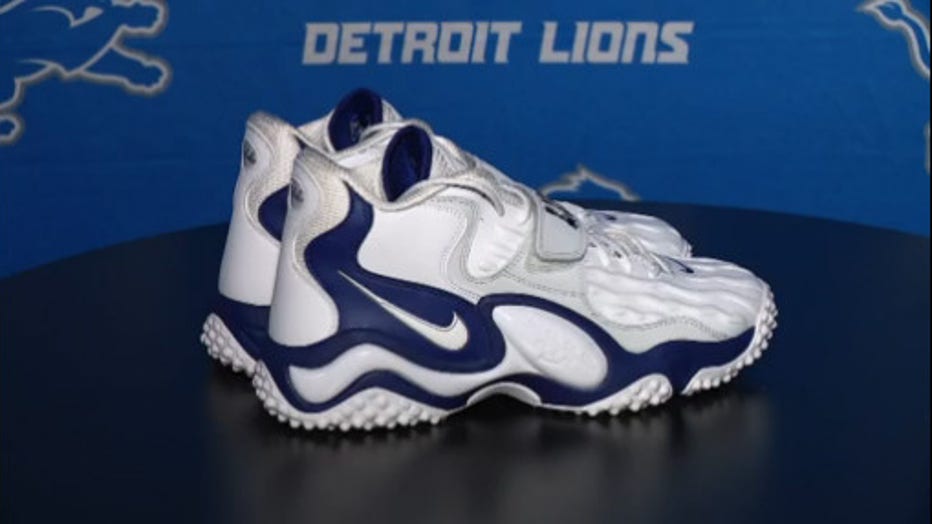 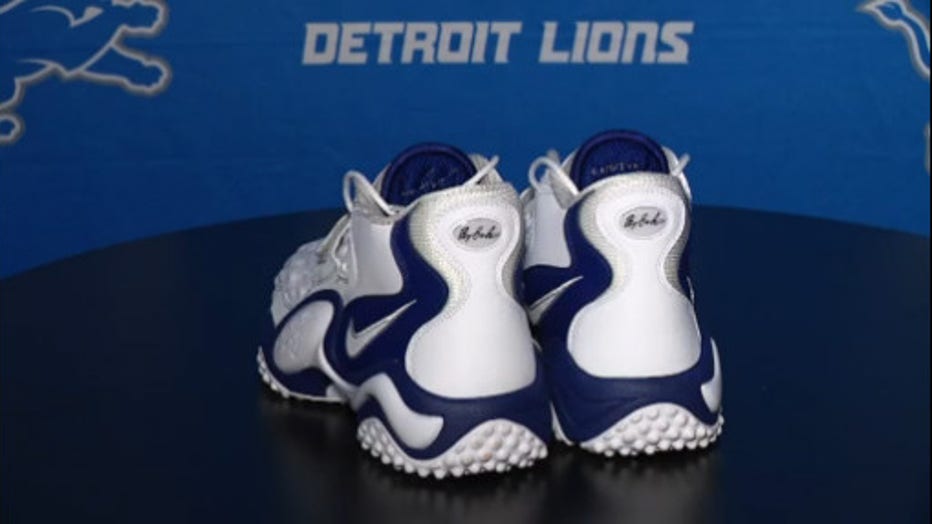 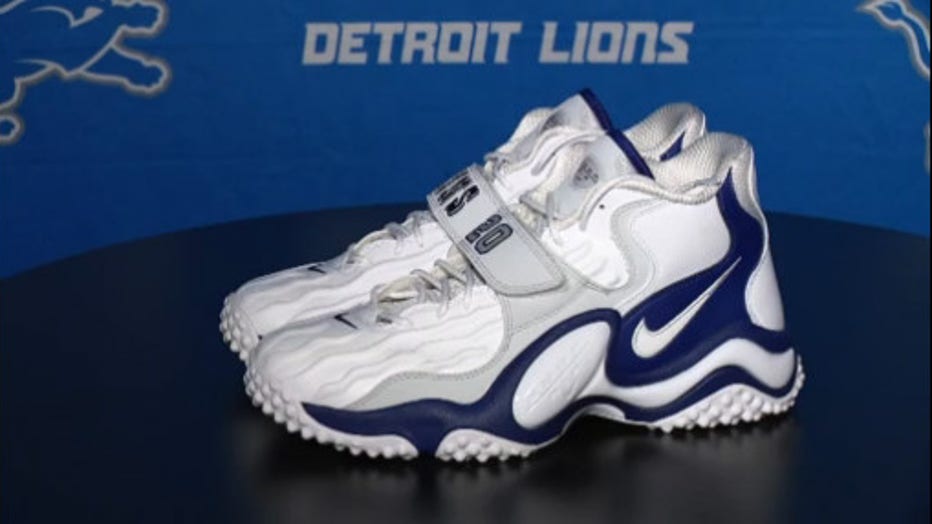 Honoring 20 years since his retirement, the Nike Air Zoom Turf Jet '97 (Barry Sanders) celebrates the football legend with the shoe he used to juke helpless defenders and shake countless tackles all the way to the record books. Touches throughout nod to Barry's greatness in this gridiron classic.

The Nike Barry Sanders Limited Edition shoe officially goes on sale on Thanksgiving at kickoff of the 12:30 game. There will be 150 available at the Stadium Collection, the rest will be available online for purchase. It retails for $150 per pair.