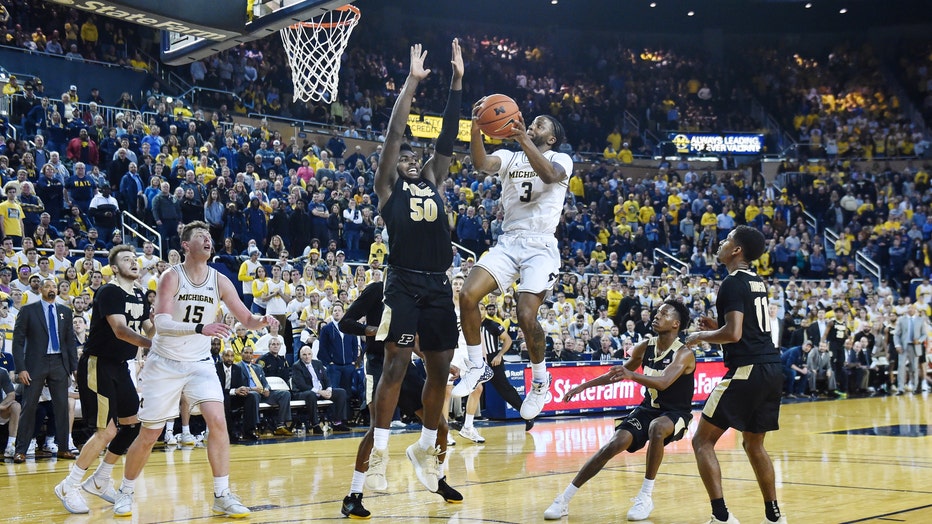 ANN ARBOR, MICHIGAN - JANUARY 09: Zavier Simpson #3 of the Michigan Wolverines shoots over Trevion Williams #50 of the Purdue Boilermakers during the overtime period of a college basketball game at Crisler Center on January 9, 2020 in Ann Arbor, MI.

Purdue sophomore Trevion Williams had career highs with 36 points and 20 rebounds but missed a shot to win at the regulation buzzer.

In the first overtime, Eric Hunter Jr. missed a contested jump shot for Purdue (9-7, 2-3), and Simpson’s desperation 3-pointer on the run also missed for Michigan at the buzzer.

Michigan left little to chance in the second overtime, scoring the first nine points of the session. Teske had a three-point play, followed by 3-pointers from Simpson and Wagner.