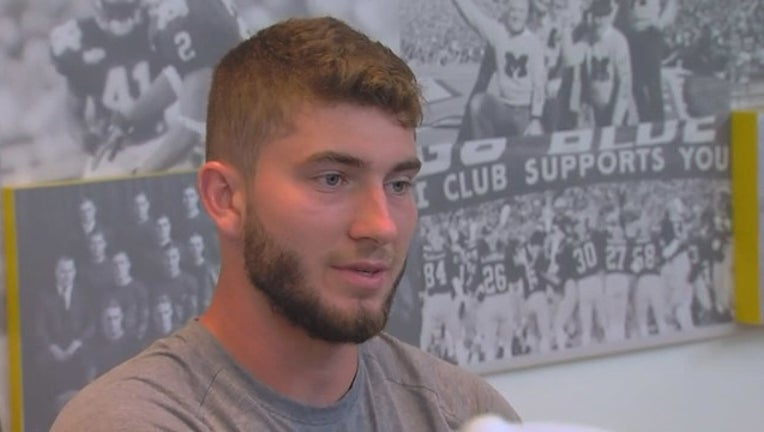 ANN ARBOR, Mich. (AP) - No. 8 Michigan will be short-handed against No. 10 Florida in the Peach Bowl.

Just not at quarterback.

Shea Patterson is returning for his senior season at Michigan instead of entering the NFL draft.

"There is absolutely nothing like playing in the Big House in front of the greatest fans in the country," Patterson posted Friday on Twitter . "I wouldn't trade those Saturdays competing with my brothers for anything. Can't wait to play with the seniors one last time in the Peach Bowl! I also want to welcome and congratulate the new signing class -- come in ready to work because we are coming for everything next season."

The junior was voted Michigan's offensive player of the year after transferring from Ole Miss and successfully appealing to the NCAA to play this season. He completed 65 percent of his passes for 2,364 yards with 21 touchdowns and just five interceptions. Directing a read-option offense at times, he ran for 268 yards and two scores as Michigan made a strong push for a playoff berth before losing at Ohio State.

Patterson won't have the team's leading rusher against the Gators on Dec. 29 in the Peach Bowl, and the defense will be without at least two of its top players.

Senior running back Karan Higdon announced Thursday he is skipping the bowl game to focus on preparing for the NFL.

Junior linebacker Devin Bush and defensive end Rashan Gary are also entering the draft and won't play against Florida. Junior cornerbacks Lavert Hill and David Long could also choose to sit out the bowl game and enter the draft.