DETROIT - Ovechkin broke a scoreless tie midway through the second period, giving him 786 goals with Washington to equal Howe's total with the Red Wings.

Detroit’s Lucas Raymond pulled the Red Wings into a 1-all tie late in the second period on a power play. Copp scored his first goal in his 10th game with the Red Wings late in the third off Adam Erne's behind-the-net assist. Dylan Larkin added an empty-net goal in the final minute to seal the victory. 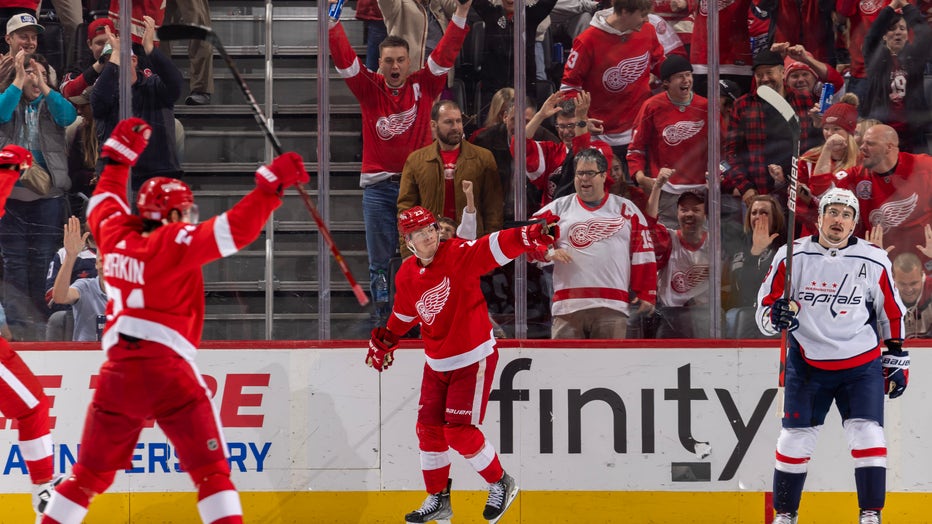 DETROIT, MI - NOVEMBER 03: Lucas Raymond #23 of the Detroit Red Wings celebrates after scoring a goal during the second period of an NHL game against the Washington Capitals at Little Caesars Arena on November 3, 2022 in Detroit, Michigan. (Photo by

The late great played for the Red Wings from 1946 to 1971, and Ovechkin's milestone goal was scored on the same end of the rink that the Hall of Famer’s retired No. 9 jersey hangs in the rafters.

Howe, known as Mr. Hockey, retired with an NHL record 801 goals — mostly scored with the Red Wings — and Wayne Gretzky broke the mark, finishing with a league-record 894 goals. Howe died in 2016 at age of 88.

The Red Wings celebrated the 25th anniversary of their 1997 team winning the Stanley Cup, welcoming back players and coaches that helped the franchise end a 42-year championship drought.