“We are grateful for Andre’s contributions to our team, our franchise and the City of Detroit,” said Pistons owner Tom Gores. “He’s a special player who improved his game every year and represented the Pistons well both on the court and in the community. Though our paths are diverging for the moment Andre will always hold a special place here with me, and in the City of Detroit.”

Henson has played in the NBA for 8 years, 7 of which with the Milwaukee Bucks until this year in Cleveland. For his career, he's averaged 13.9 points per game and 2.7 blocks.

Knight, originally drafted by the Pistons in 2011, has never played more games in a season than in his first year with Detroit. over his career, he's played for the Pistons, Bucks, Suns, Rockets, and Cavaliers and has averaged 14.1 points per game and 4 assists.

The Pistons are 19-34, 4 games behind the Orlando Magic for the 8th spot in the East. The Cavaliers are 13-39 and the worst team in the east. 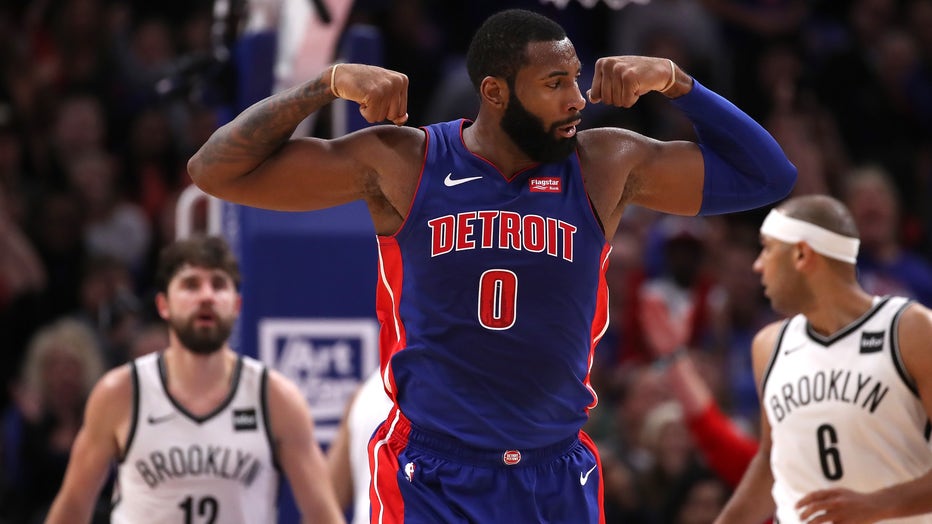 DETROIT, MI - OCTOBER 17: Andre Drummond #0 of the Detroit Pistons reacts to a fourth quarter play while playing the Brooklyn Nets during the home opener at Little Caesars Arena on October 17, 2018 in Detroit, Michigan. NOTE TO USER: User expressly a