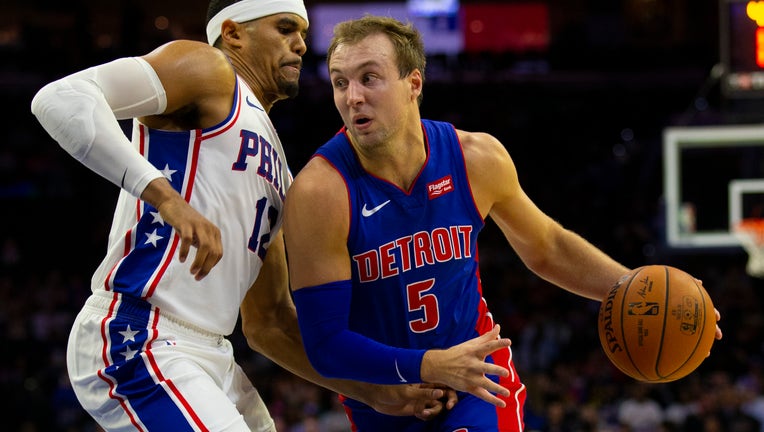 PHILADELPHIA, PA - OCTOBER 15: Luke Kennard #5 of the Detroit Pistons drives to the basket against Tobias Harris #12 of the Philadelphia 76ers during the preseason game at the Wells Fargo Center on October 15, 2019 in Philadelphia, Pennsylvania. The

DETROIT - The Detroit Pistons have exercised their team option for the 2020-21 season on Luke Kennard.

Sword spent the last two seasons with the Erie Bayhawks of the G League.