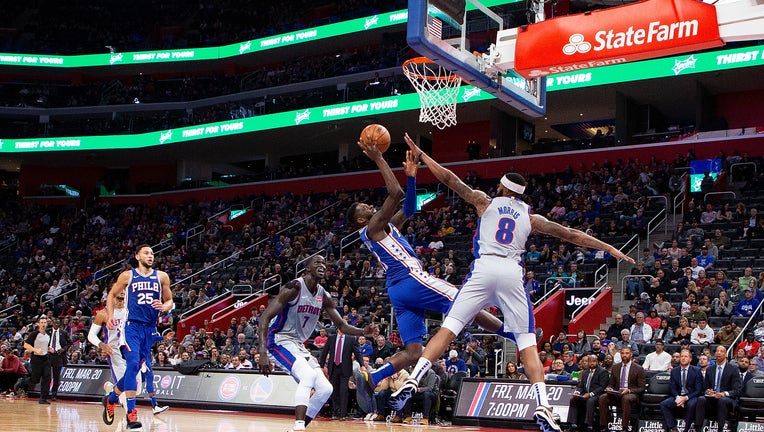 DETROIT, MI - OCTOBER 26: James Ennis III #11 of the Philadelphia 76ers shoots the ball as Markieff Morris #8 of the Detroit Pistons defends during the second quarter of the game at Little Caesars Arena on October 26, 2019 in Detroit, Michigan. NOTE

NEW YORK - The NBA has fined Detroit Pistons forward Markieff Morris $35,000 for his offensive language toward a referee.

He is averaging 10.7 points in his first season with the Pistons.