DETROIT - Andre Drummond had 23 points and 15 rebounds, helping Detroit to a 128-103 win over the Atlanta Hawks on Friday night that included the Pistons’ highest-scoring first half since 1983.

Detroit led 76-57 at halftime, and the Pistons reached 100 points with over five minutes remaining in the third quarter. Nine different Detroit players made at least one 3-pointer. Drummond wasn’t one of them, but he scored his share of easy baskets inside as the Pistons snapped their five-game losing streak.

Atlanta has dropped five straight, and the Hawks allowed at least 120 points for the eighth game in a row.

The Pistons actually trailed 17-7 before going on a 20-0 run that gave them a double-digit lead of their own before the end of the first quarter. It was 33-23 after one, then Detroit overwhelmed the Hawks with a 43-point second quarter that ended when Thon Maker of the Pistons made a 3-pointer at the buzzer.

It was the most points in the first half for the Pistons since they scored 77 on Dec. 2, 1983, also against the Hawks. 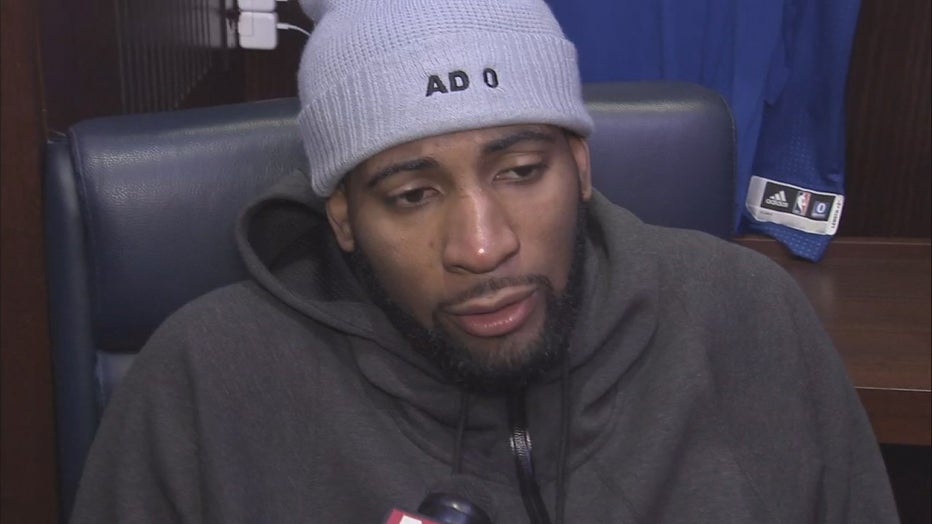 Pistons: Detroit had not scored 76 points in either half since the Pistons scored 76 in the second half against Washington on Feb. 7, 1995. ... Langston Galloway scored 12 points, giving him a career-best 11 consecutive games in double figures.