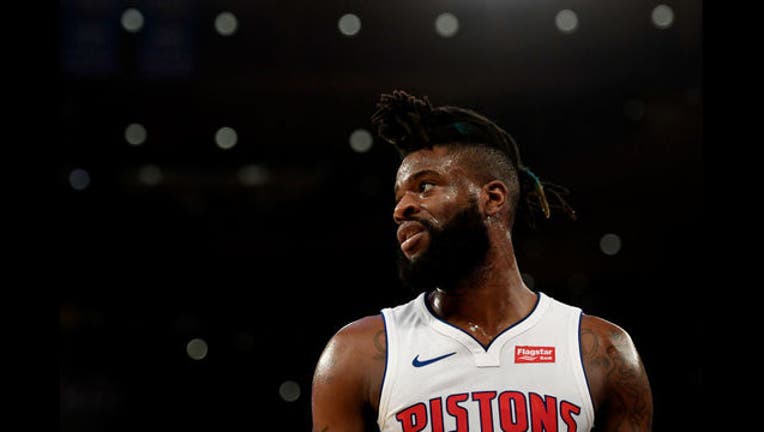 NEW YORK, NEW YORK - FEBRUARY 05: Reggie Bullock #25 of the Detroit Pistons looks on during the first quarter of the game against the New York Knicks at Madison Square Garden on February 05, 2019. (Photo by Sarah Stier/Getty Images)

Bullock, 27, is in his fourth season with the Pistons and averaging 12.1 points, 2.5 assists and 2.8 rebounds in 44 games this season. The North Carolina alum has also started every game he's played in this season and is shooting 41% from the field and 38.4% from three. He's appeared in 174 games with Detroit.