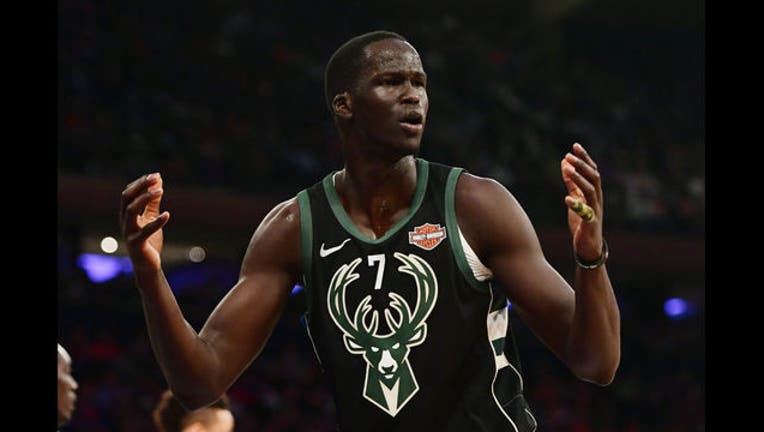 NEW YORK, NEW YORK - DECEMBER 01: Thon Maker #7 of the Milwaukee Bucks reacts after a call during the first quarter of the game against Milwaukee Bucks at Madison Square Garden on December 01, 2018. (Photo by Sarah Stier/Getty Images)

AUBURN HILLS, Mich. (WJBK) - The Detroit Pistons announced Thursday they have traded forward Stanley Johnson to the New Orleans Pelicans for center Thon Maker of the Milwaukee Bucks which was part of a three-team deal.

Johnson, 22, was drafted 8th overall by the Pistons in the 2015 NBA Draft out of Arizona. Throughout his four seasons he's been inconsistent and has started only seven of 48 games this season after starting 50 a season ago. The California native is shooting 38.1% from the field and 28.2% from three this season while averaging 7.5 points, 3.6 rebounds and 1.3 assists.