DETROIT - The Detroit Red Wings have acquired goaltender Eric Comrie in a trade with the Arizona Coyotes.

The 24-year-old Comrie was 2-3 with a 4.21 goals-against average in five games over the previous three seasons with the Winnipeg Jets. He was claimed off waivers by the Coyotes in October. 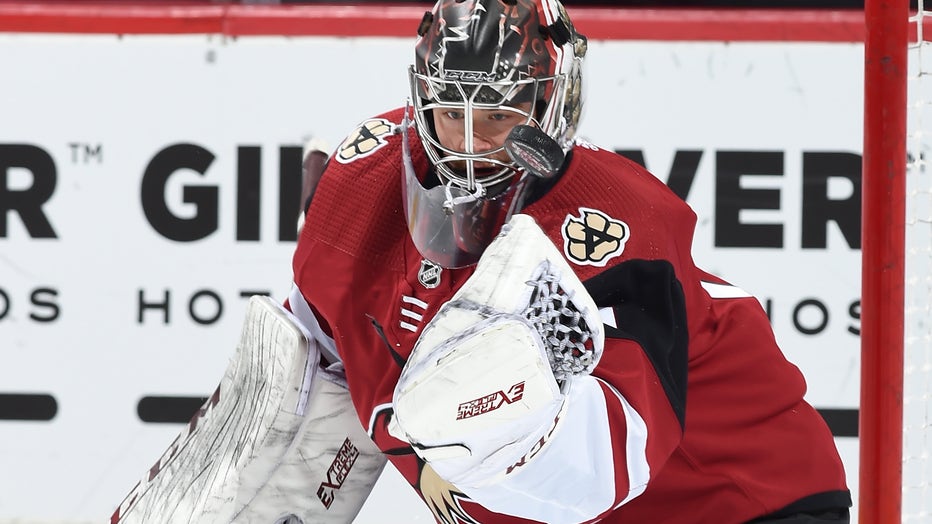 GLENDALE, ARIZONA - NOVEMBER 27: Eric Comrie #1 of the Arizona Coyotes prepares for a game against the Anaheim Ducks at Gila River Arena on November 27, 2019 in Glendale, Arizona. (Photo by Norm Hall/NHLI via Getty Images)

Saarijarvi had been playing for the AHL’s Grand Rapids Griffins. He has not played in the NHL.