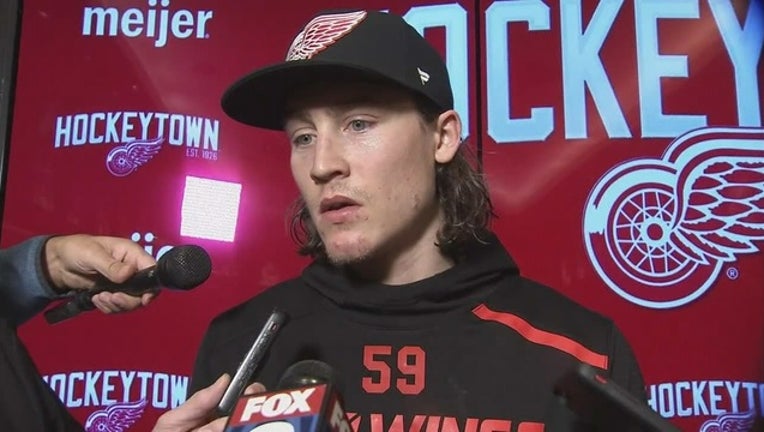 NEW YORK (AP) - Detroit forward Tyler Bertuzzi was suspended for two games without pay by the NHL on Monday for his hit on Colorado's Matt Calvert during the weekend.

Bertuzzi was sanctioned for roughing and unsportsmanlike conduct for his hit with 7:15 left in the third period of the Avalanche's 2-0 win Sunday. No penalty was called on the play during the game.

He will miss the Red Wings' games against Tampa Bay on Tuesday and at Toronto on Thursday.