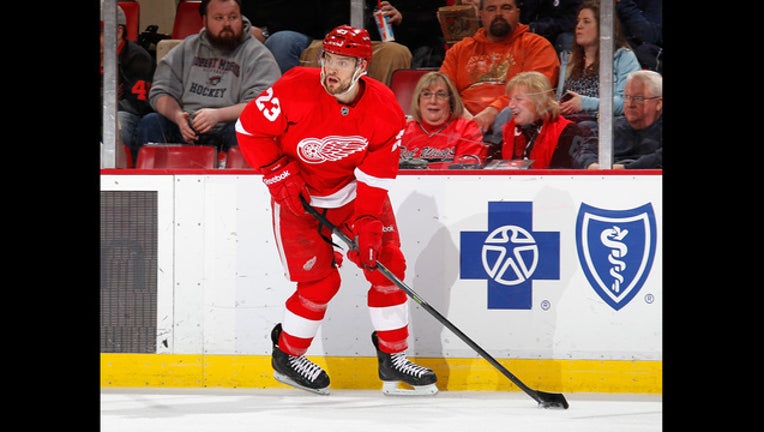 Detroit made the move Wednesday, keeping a key player from the AHL's Grand Rapids Griffins. The 28-year-old Lashoff had 11 assists in 44 games for the Griffins this year.