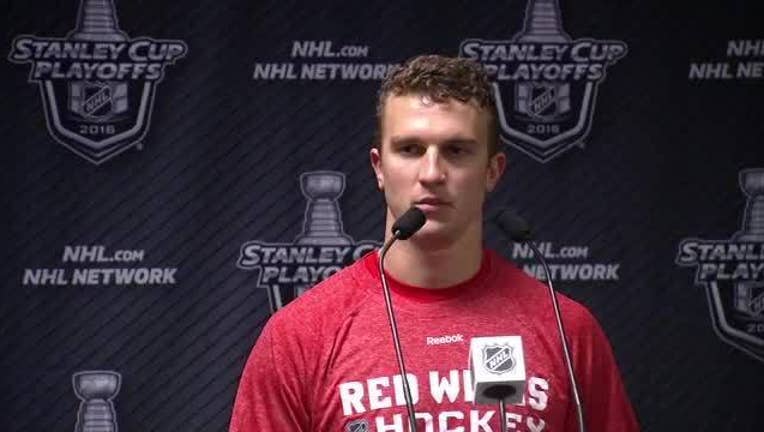 Glendening, 27, still has one year left on his deal at a $628,000 cap hit and then his new contract will begin.  The undrafted Michigan alum has spent his entire career with the Red Wings.  He has played in 220 regular season NHL games during the past three seasons with a combined 21 goals and 25 assists.  The Grand Rapids native has 3 goals and 2 assists in 17 playoff games.