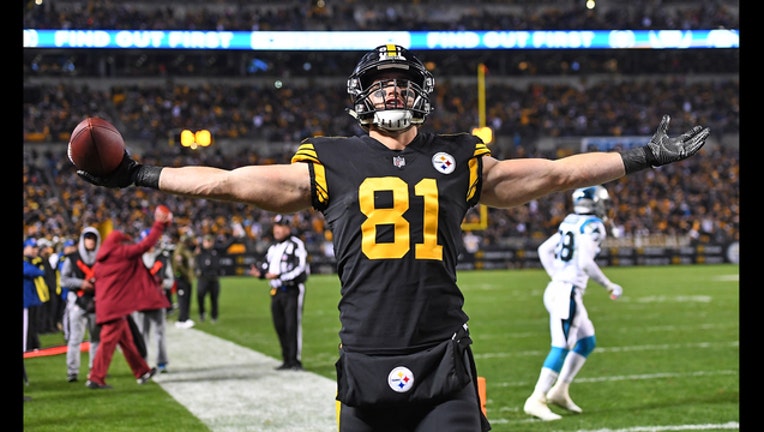 PITTSBURGH, PA - NOVEMBER 08: Jesse James #81 of the Pittsburgh Steelers celebrates after a 8 yard touchdown reception during the third quarter in the game against the Carolina Panthers at Heinz Field. (Photo by Joe Sargent/Getty Images)

James, 24, has played his entire career with the Pittsburgh Steelers.  The Penn State alum has 120 receptions with 1,189 yards and nine touchdowns in 56 career games over four seasons.  The 6'7" 261 pound Pennsylvania native has 36 career starts.