Ryan Jeffers homered, doubled and drove in three runs for the Twins, who won their sixth game in a row.

Michael Pineda (1-1) took the loss for Detroit. He gave up four runs, including all three Twins homers, in five innings against his former team.

Ryan (3-1) was dominant from the start, holding the Tigers hitless until Miguel Cabrera laced a single in the fourth. The right-hander walked just one batter and struck out nine, two shy of his career high. He extended his scoreless streak to 17 2/3 innings and lowered his ERA to 1.17. 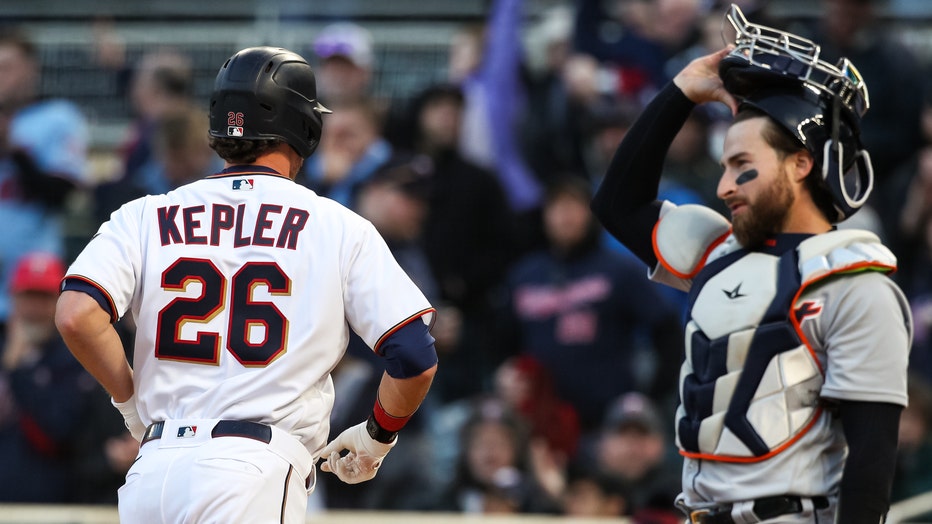 MINNEAPOLIS, MN - APRIL 27: Max Kepler #26 of the Minnesota Twins crosses home plate after hitting his second solo home run while Eric Haase #13 of the Detroit Tigers looks on in the fourth inning of the game at Target Field on April 27, 2022 in Minn

Kepler, who homered and doubled Tuesday, started the scoring when he led off the second inning by driving Pineda's fastball 401 feet to the opposite field in left-center.

Kepler struck again with two outs in the fourth. This time, Pineda threw a fastball down and in, and Kepler turned on it. The ball hit the facing of the second deck in right-center, 423 feet away.

Minnesota took a 4-0 lead in the fifth when Trevor Larnach led off with a double and Jeffers followed with a line-drive home run to left.

Larnach led off the seventh with his second double of the night and Jeffers drove him in with another double to make it 5-0.

Joe Smith and Danny Coulombe each pitched an inning of relief to finish the two-hitter for Minnesota.

Pineda spent the last three seasons in Minnesota, winning 22 games in 53 starts. He signed a one-year deal with the Tigers in March and joined the Detroit rotation with five shutout innings against the Yankees in his 2022 debut on April 21.

Ryan, who pitched for Team USA in the Tokyo Olympics last summer, made five starts for the Twins in September, going 2-1 with a 4.05 ERA. This year, he became the second rookie in Twins history to start on opening day.

Twins manager Rocco Baldelli said catcher Gary Sanchez (abdominal tightness) would go through his usual pregame workout and is expected to be ready to play in Thursday's series finale.

Tigers: LHP Tarik Skubal (1-1, 2.30 ERA) takes the mound Thursday afternoon. In his most recent start, Skubal went six innings for the first time, blanking the Rockies on five hits while striking out six.

Twins: RHP Bailey Ober (1-1, 2.81) will make his fourth start of the season. Over his last two outings, Ober has allowed nine hits and one earned run while walking one and fanning nine in 11 innings.