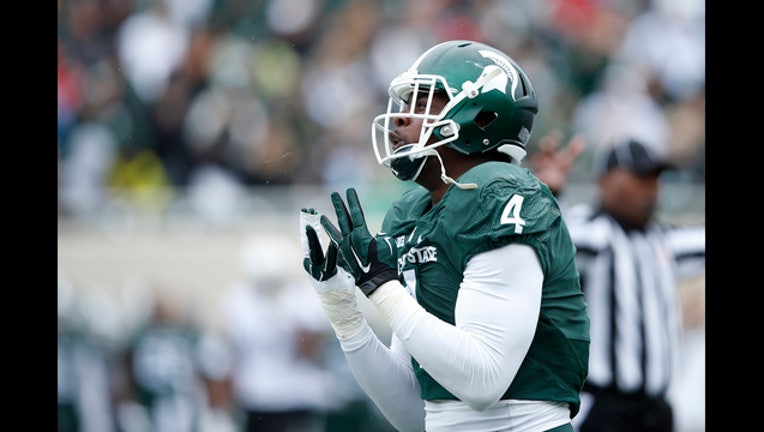 EAST LANSING, MI - OCTOBER 3: Malik McDowell #4 of the Michigan State Spartans celebrates after a tackle for loss against the Purdue Boilermakers in the first half at Spartan Stadium on October 3, 2015. (Photo by Joe Robbins/Getty Images)

DETROIT (AP) - The Seattle Seahawks have filed a lawsuit in U.S. District Court in Michigan seeking repayment of a nearly $800,000 of the signing bonus given to former draft pick Malik McDowell claiming he violated his NFL contract.

The Seahawks filed the suit this week in the Eastern District of Michigan seeking $799,238. McDowell was a second-round pick of the Seahawks in 2017, but never played a snap for Seattle after suffering serious injuries in an ATV accident prior to the start of training camp before his rookie season.

According to the lawsuit, an arbitration hearing last February found that McDowell had "breached paragraph 3 of his NFL Player Contract," and as a result was ordered to repay his signing bonus within 30 days. The Seahawks say they have not been paid.

McDowell was waived by Seattle in March after spending the past two seasons on the non-football injury list.