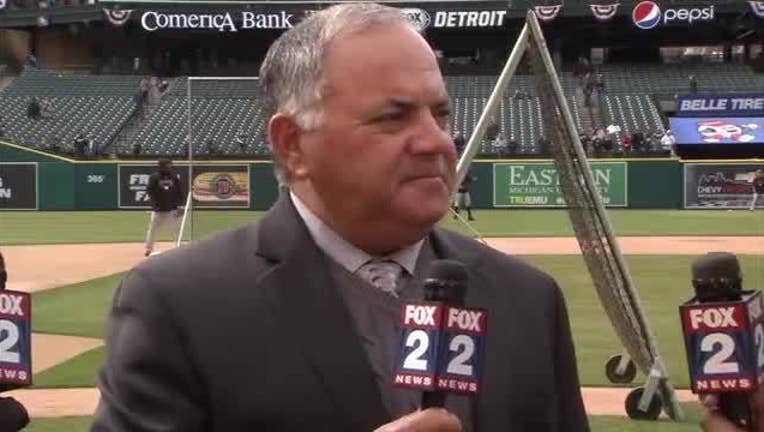 DETROIT (AP) - Al Avila is known for his candor, and the Detroit general manager has remained pretty straightforward about what the future holds for the Tigers.

"The only reason I'm being honest is because: How do you hide this?" Avila joked earlier this offseason. "I'm exaggerating, but it's a necessary process."

After two consecutive 98-loss seasons, the Tigers are expected to struggle again this year. And their outlook went from bad to worse when right-hander Michael Fulmer was told he should have Tommy John surgery. Detroit still has Miguel Cabrera, who is hoping for a healthier season after playing only 38 games last year - but the real question in 2019 is how the next generation of Tigers is progressing.

Detroit does have some intriguing prospects, and by the end of this year, the team might have a better sense of how much longer this rebuild might last.

"I think it's going to be a season of growth in many respects," owner Chris Ilitch said at spring training .

Casey Mize, the No. 1 pick in last year's draft, impressed this spring, and fellow pitchers Franklin Perez and Matt Manning are well regarded. None of them has pitched above Double-A, however, so patience will remain the order of the day in Detroit.

The Tigers had a reasonably quiet offseason, making low-risk additions to their infield and pitching staff. Detroit opens the season at Toronto on March 28, and the Tigers' home opener is April 4 against Kansas City.

Detroit's middle infield will have a new look. The Tigers signed shortstop Jordy Mercer and second baseman Josh Harrison, both of whom played previously with Pittsburgh. Detroit also added left-hander Matt Moore and right-hander Tyson Ross. All are on one-year contracts, and if any of them have great seasons, they could obviously be traded for more prospects.

Christin Stewart is an outfield prospect who hit 23 home runs in Triple-A last year and made his major league debut in September. Detroit's top pitching prospects may remain in the minors for a while, but keep an eye on Stewart and outfielder Daz Cameron in the meantime. Cameron was assigned to minor league camp in mid-March, but he spent some time at Triple-A last season and may not be too far from contributing to the Tigers.

Cabrera is coming off biceps surgery and will turn 36 in April, so it's fair to wonder if the two-time MVP can be an offensive star again. He hit only .249 with 16 home runs in 130 games in 2017, although he was hitting just under .300 last year when he was shut down for the season. Cabrera is 35 home runs away from 500.

Fulmer's elbow problems were a major blow to the rotation. The 2016 American League Rookie of the Year has had a hard time staying healthy recently and went just 3-12 with a 4.69 ERA last year. Now it's hard to say when he'll pitch again. Jordan Zimmermann hasn't been very effective since joining the Tigers in 2016, and Daniel Norris has had injury problems of his own since coming over in the 2015 trade that sent David Price to Toronto.

Matthew Boyd, acquired in that same deal, posted a career-best 4.39 ERA last year and made 31 starts. With the additions of Moore and Ross, the Tigers have their share of experienced starters - it's just not clear how many of them will be healthy and effective at a given time.

Outfielder Nicholas Castellanos has been the subject of trade speculation. He hit .298 with 23 home runs and 89 RBIs last year, and he just turned 27. If Cabrera is healthy, he and Castellanos will likely be the most feared bats in the lineup.