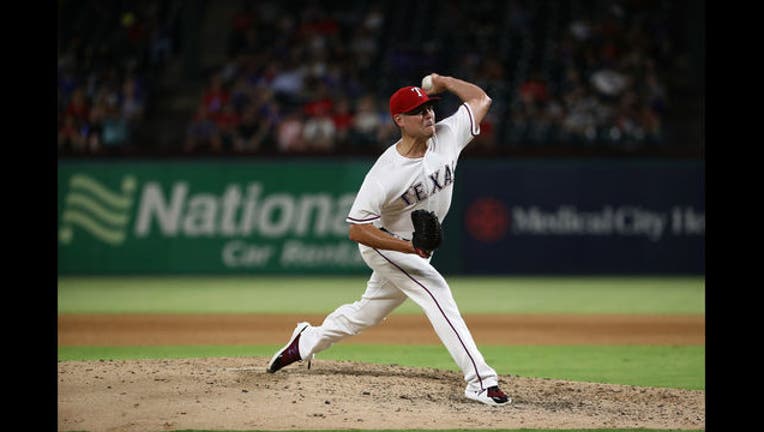 ARLINGTON, TX - AUGUST 16: Matt Moore #55 of the Texas Rangers throws against the Los Angeles Angels in the seventh inning at Globe Life Park in Arlington on August 16, 2018 in Arlington, Texas. (Photo by Ronald Martinez/Getty Images)

DETROIT (AP) - The Detroit Tigers and left-hander Matt Moore have agreed to a one-year contract.

Detroit announced the move Tuesday, adding a 29-year-old pitcher with a chance to compete for a spot in the rotation in 2019.