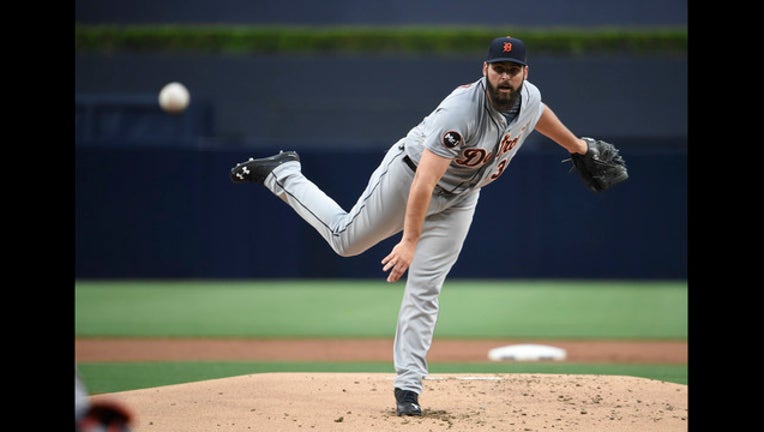 SAN DIEGO, CA - JUNE 23: Michael Fulmer #32 of the Detroit Tigers pitches during the first inning of a baseball game against the San Diego Padres at PETCO Park on June 23, 2017 in San Diego, California. (Photo by Denis Poroy/Getty Images)

Fulmer had elbow surgery in September, around the same time Martinez underwent a surgical procedure to correct an irregular heartbeat. Avila provided an update on their status following a luncheon with Detroit Sports Media on Wednesday.

Avila says the 39-year-old Martinez, who is entering the last season of a four-year contract, has not had any recent setbacks. He hit .255 with 10 home runs and 47 RBIs in 2017.