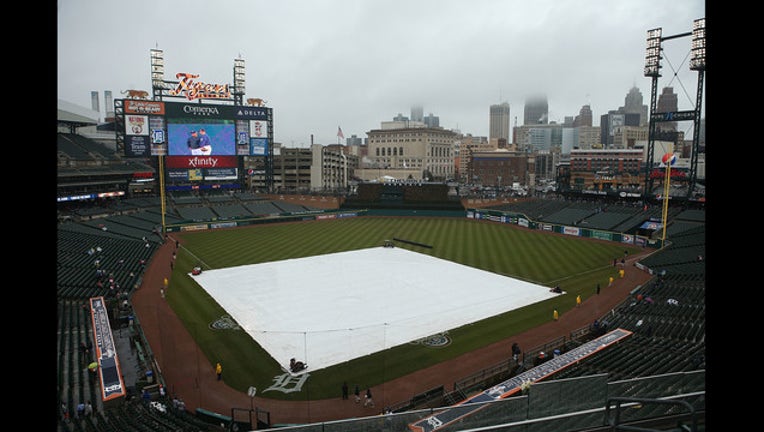 DETROIT, MI - APRIL 09: General view as the game between the Toronto Blue Jays and the Detroit Tigers is in a rain delay at Comerica Park on April 9, 2013 in Detroit, Michigan. (Photo by Leon Halip/Getty Images)

DETROIT (WJBK) - The Detroit Tigers announce they have postponed Sunday's split doubleheader against the Yankees due to inclement weather.