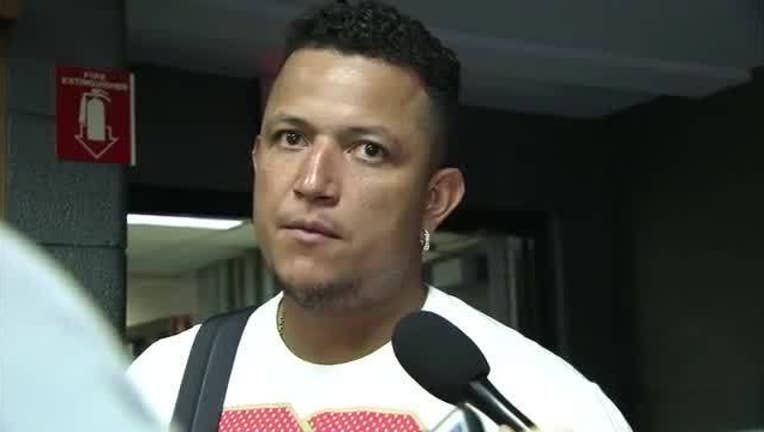 DUNEDIN, Fla. (AP) - Detroit Tigers slugger Miguel Cabrera could soon return to the lineup after being sidelined by back stiffness.

Cabrera has been out since leaving the Dominican Republic's game last Saturday in the World Baseball Classic.

"Just not going to rush it," Ausmus said before Wednesday's game against Toronto. "There's no reason to rush it. He's got plenty of at-bats. We'll see how he is on Friday."

Outfielder J.D. Martinez, who sprained his right foot making a shoestring catch Saturday, is scheduled to be re-examined Friday.