The Tigers made the third start for Kansas City right-hander Carlos Hernandez one to forget. Detroit got to Hernandez in the first inning on Goodrum's RBI single and Romine followed with a two-run double.

Willi Castro's RBI single in the second made it 4-1. 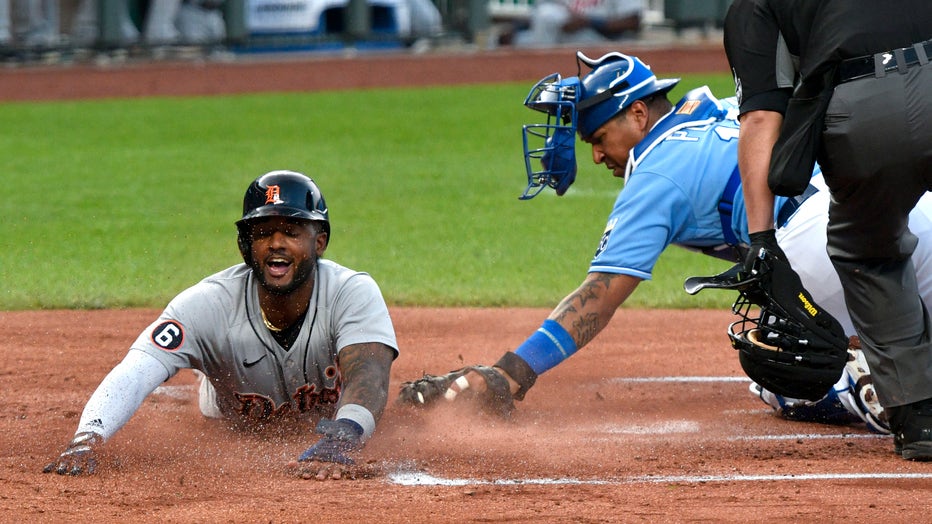 Adalberto Mondesi homered to left in the first inning to get the Royals on the board. He added an RBI double and scored on a single by Maikel Franco to cut the lead to 4-3 in the third.

The Tigers' bullpen tossed three shutout innings. Bryan Garcia pitched the ninth for his fourth save of the season.

Mondesi tied a club record by safely reaching base in 11 straight plate appearances with a walk in the fifth inning. Whit Merrifield notched his 150th career double in the seventh inning.

LIMPING TO THE FINISH

Kansas City: The season finale for the Royals was moved up to 12:05 (CT) due to possible inclement weather in the forecast. Brady Singer (3-5, 4.40) will be on the mound for Kansas City and will be aiming to bounce back after allowing a career-high five walks in just three innings against the Cardinals on Tuesday.