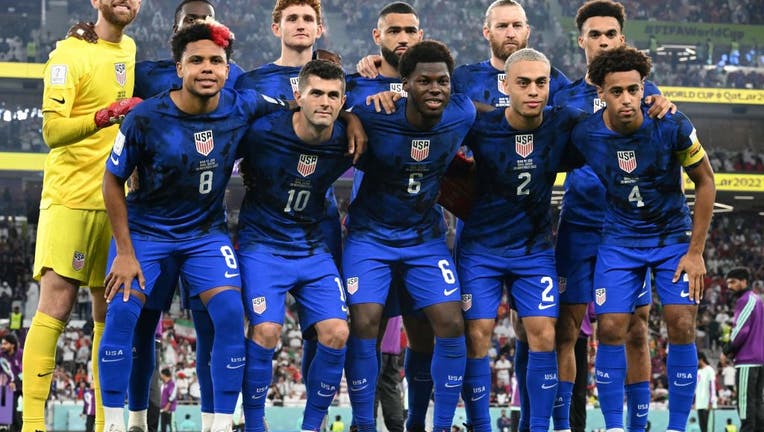 (FOX 2) - After a thrilling three games of pool play, The U.S. Men's National Team (USMNT) has advanced to the knockout round of the World Cup and will face The Netherlands

FOX 2 is airing many of the biggest matchups including the U.S. men’s team on Saturday, Dec. 3, while FOX Sports will air other thrilling World Cup matches live across FOX and FS1, with every match livestreaming on the FOX Sports App.

Here are the ways you can watch World Cup matches:

How to watch on FOX 2

On Saturday, Dec. 3, USMNT will face Netherlands in the first game of the knockout stage of the World Cup. The stakes are simple: win and advance. Lose? You go home.

FOX Sports is carrying the game and you can watch it for free on FOX 2.

But if you're not near a TV or like to watch things on your tablet or phone, you can stream it snap on the FOX Sports App, provided you have a cable or satellite TV subscription.

You can also watch the game on YouTube TV or Hulu Live, but those require a subscription to watch.

USMNT got through to the knockout stage after surviving pool play with England, Wales, and Iran. After going 0-0 against both England and Wales, the United States needed a win over Iran to advance and they got it thanks to a gutsy play by Christian Pulisic, who crashed headfirst into Iran's goalkeeper in the 38th minute.

Pulisic promises to do everything he can to be ready to play the Netherlands on Saturday and the U.S. will need him. In five matches, the U.S. is 1-4 against the Netherlands, all friendlies, overcoming a two-goal deficit to win 4-3 at Amsterdam in 2015.

Team USA will be back in action after missing out on the previous world cup this upcoming November and December as they compete in Qatar. At least one Michigan native, a Detroit City Football Club member George Chomakov will be there.

Given Qatar’s location in the Middle East, kickoff times range from early morning to mid-afternoon on the east coast. Here’s how the 64 games will be covered over the World Cup’s five different kickoff times.

Americans are expected to gamble $1.8B on the World Cup this year

How to watch the World Cup on your smart TV

Both FS1 and FOX are available on every major streaming service in the U.S.

Additionally, FOX-owned Tubi is offering match replays on demand for free in 4K. You can download the Tubi app on your smart TV and create an account to begin watching.

How to watch the World Cup on your phone

You can download the FOX Sports app by downloading it on your iPhone via the Apple App Store, or through Google Play on your Android or smartphone.

The Tubi app is also available for download for Android and for iPhone.

How to watch online

You can stream matches for free on Tubi, but they won’t be live. Tubi will have all 64 matches available on-demand and will scatter them throughout a World Cup channel as replays. You can find them here.

We will not be streaming World Cup matches here on fox2detroit.com.

How to watch full game replays on Tubi

Tubi has positioned itself to be a go-to World Cup destination. As mentioned, all 64 matches will be available for free on-demand and programmed into Tubi’s World Cup 2022 channel as replays in 4K definition.

You can get access — for free — to Tubi’s FIFE World Cup FAST Channel here.

If you're looking for the best places to watch the World Cup in Metro Detroit, this is the list for you.

From Thomas Magee's to Conor O'Neil's and everywhere in between - the U.S. Men's National Team will take center stage at these local bars and restaurants throughout the World Cup.