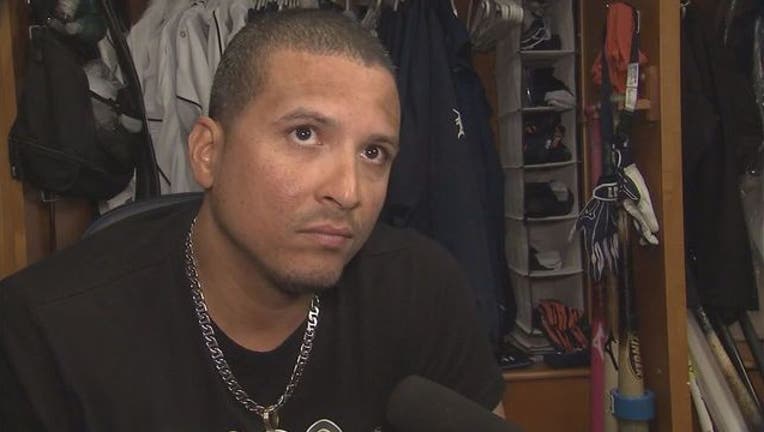 No matter. The Blue Jays right-hander is still headed for San Diego.

"That's a huge accomplishment," Sanchez said. "There were so many other guys deserving of this award and to be mentioned with those people is a huge honor for me."

Petco Park was also where Sanchez last made an All-Star team, as a California high schooler in 2009.

"Seven years later, to be in my first big league one, it's kind of surreal," Sanchez said.

Sanchez joins third baseman Josh Donaldson, designated hitter Edwin Encarnacion, and outfielder Michael Saunders as active Blue Jays headed to the All-Star Game. Pitcher Marco Estrada had to give up his spot because of a bad back, but still plans to attend the game.

"He's had a tremendous first half," manager John Gibbons said. "I think he's just scratching the surface, I really do."

Sanchez had pitched eight innings in each of his previous two starts, both victories, but wasn't as sharp against the Tigers. He allowed two runs and five hits in five innings.

Justin Upton had two hits and Andrew Romine reached base three times for the Tigers, who had lost seven of their previous nine against Toronto.

Bruce Rondon (3-1) earned the win despite allowing a tying home run to Devon Travis in the seventh. Rondon missed the first two games of the series with flu-like symptoms.

Justin Wilson pitched the eighth and Francisco Rodriguez finished for his 24th save.

Martinez broke a 2-all tie with a one-out drive off Jason Grilli (3-3).

Matt Boyd allowed one run and four hits in five innings for Detroit. He was recalled from Triple-A Toledo to start in place of Daniel Norris, who has a strained right oblique.

"He did an excellent job," Ausmus said. "He did exactly what we needed him to do."

The Tigers loaded the bases against Sanchez with nobody out in the second but Toronto got a double play to limit the damage.

Left fielder Ezequiel Carrera caught Steven Moya's fly ball and threw home in time to retire Martinez, who was attempting to tag up from third.

Saltalamacchia made it 2-0 in the fourth with a two-out RBI single. Carrera cut it to 2-1 with an RBI triple in the fifth.

The Blue Jays have five All-Stars for the third time in team history. Toronto sent seven players to the 1993 game and five in 2006.

Blue Jays starters have held the opposition to three earned runs or fewer in 11 straight.

The Tigers have won six of the seven games in which they've made multiple errors.

Blue Jays: OF Jose Bautista (left big toe) has begun hitting off a tee, Gibbons said. Bautista has not played since June 16. There is no timetable for his return. ... INF Ryan Goins, who went on the DL with a strained forearm after pitching an inning of relief in Toronto's 19-inning loss to Cleveland on July 1, has resumed throwing.