PITTSBURGH - Jake Walman scored at 2:13 of overtime and the Detroit Red Wings overcame an early four-goal deficit to beat the Pittsburgh Penguins 5-4 on Wednesday night.

Walman, off the rush, tipped a rebound behind goaltender Casey DeSmith for his second goal of the season.

Pittsburgh was coming a 5-1 road loss to the New York Islanders less than 24 hours earlier, while Detroit played its first game since Dec. 21.

The Penguins started strong with four goals on 12 first-period shots. 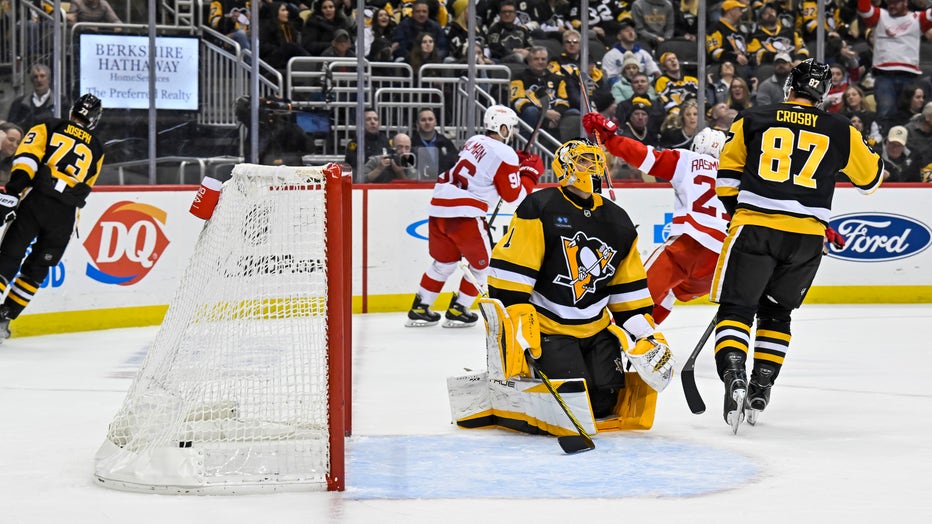 Dylan Larkin started the Detroit comeback in the second period with a power-play goal, and David Perron completed it with his third goal in three games. Joe Veleno and Jonatan Berggren also scored to help the Red Wings win consecutive games following a six-game losing streak.

Magnus Hellberg relieved Ville Husso in the second period and made 19 saves. Husso stopped eight shots in the first period.

Jason Zucker scored twice, Jeff Carter added a goal and an assist and Drew O’Connor scored his first of the season for the Penguins. They have lost three straight and four of five following a seven-game winning streak.

DeSmith made a season-high 41 saves.

Detroit trailed 4-2 entering the third period and Berggren made it a one-goal game with five minutes to play. Perron scored his 12th of the season, a power-play goal with 3:08 remaining from the left side to tie it.