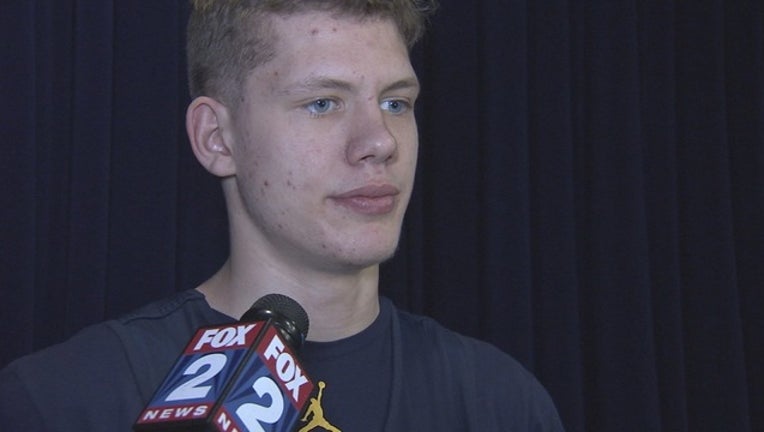 ANN ARBOR, Mich. (WJBK/AP) - Michigan forward Moritz Wagner announced Wednesday he will be returning to the Wolverines for his junior season, while forward D.J. Wilson announced he is staying in the NBA Draft.

Wagner, 20, initially submitted his name to be drafted but did not hire an agent.  The 6-foot-11 German native averaged a career high 23.9 minutes, 12.1 points & 4.2 rebounds last season for the Big Ten Tournament champions.

May 24th is the deadline to drop out of the draft and return to school.