A busy weather week ahead

Tuesday warm up and then a winter storm Wednesday - Thursday.

On Monday, a Winter Storm Watch was issued, which should indicate what kind of week is on the way for Southeast Michigan.

Potentially lots of snow will arrive on Wednesday and Thursday.

The National Weather Service expects the snowfall to be have light to moderate intensity that will fall for about 18 hours. Accumulations could be as high as 14 inches of snow by Thursday night.

MORE: What to have on hand if the power goes out during a winter storm

Detroit could see between a foot and 15 inches of snow, while areas further to the south could see even more. The amount of snow accumulation expected will decrease the further north one goes.

It could end up resulting in multiple snow days this week too.

The length of the snowmaking event means rain falling first will turn to heavy snow, which eventually turn into some of the lighter and fluffier stuff.

Before the precipitation, the week's weather will start like any normal week. After a cloudy, cold, and dry Sunday, Monday will be partly sunny and still cold with a high of 28 degrees.

Then, temperatures rise on Tuesday. Mostly cloudy and breezy conditions will be met with a high near 40 degrees.

Periods of snow are expected Wednesday and Thursday, where temperatures are expected to fall back into the 20s.

MORE: 7 creative winter activities besides snowball fights that everyone will love

On Friday, conditions will be even colder with a high of 15 degrees. 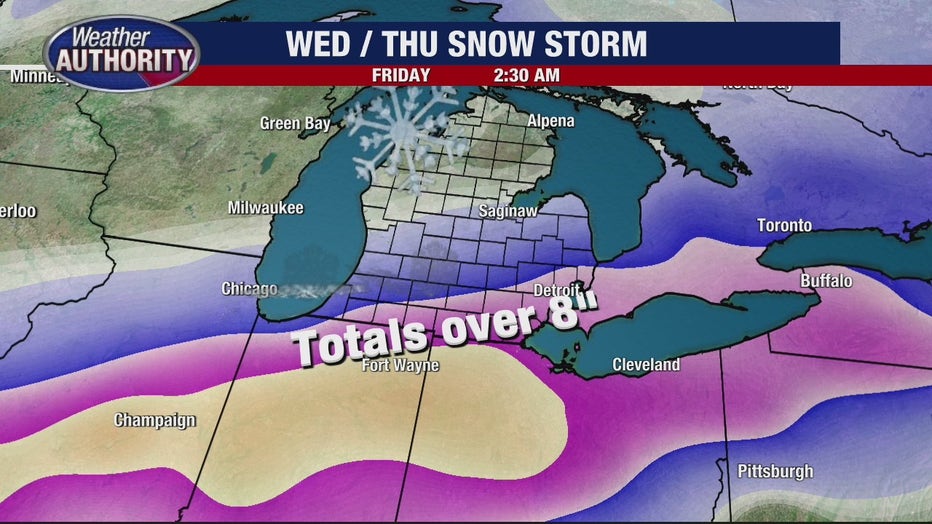 Without a total degree of certainty, next weekend's conditions appear ready to mimic what last weekend just offered.