DETROIT (FOX 2) - With three weeks to go before Christmas, we're getting a closer look at the holiday forecast and it looks like we may be in for a White Christmas this year.

So far, we've had one big snowstorm... then the snow melted. Then we had a couple of smaller snow systems... and that snow melted.

So as we stand, less than 3 weeks from Christmas, everyone wants to know: will we have snow for Christmas? It's likely.

Christmas morning is always a little more magical with a little snow on the ground. And we expect a White Christmas this year.

Statistically speaking, it's a coin flip for Southeast Michigan on whether or not we have a White Christmas. Our odds sit right between 41-50% for having at least 1 inch of snow on the ground when we wake up Christmas morning. Which, frankly. was higher than I thought!

If you want a big blanket of snow though, well, you have to wish a little harder. That only happens about once every four years. Southeast Michigan has only a 20% chance of getting 5 inches of snow or more on the ground on Christmas morning.

Track weather every day of the year - including Christmas once we're 10 days out - with the FOX 2 Weather App. It's free!

You may, however, remember two years ago when this exact thing happened! In 2017 we had a Christmas Eve snowstorm hit us hard, dropping between 4 to 6 inches across the area. Getting home from Grandma's house took a little longer that night... although it didn't impact Santa at all. 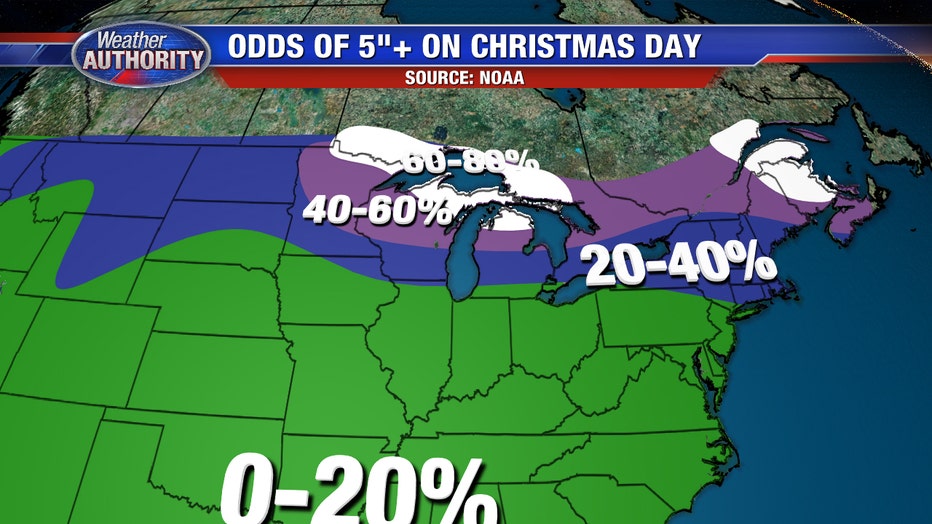 This year I do think we'll have a White Christmas!

The long-range models have a few different snow maker systems heading our way, so the question will be whether or not they hit us directly (or indirectly).

As of December 5, I have a feeling we'll get one of them, meaning yes, there will be snow around here for Christmas Day. 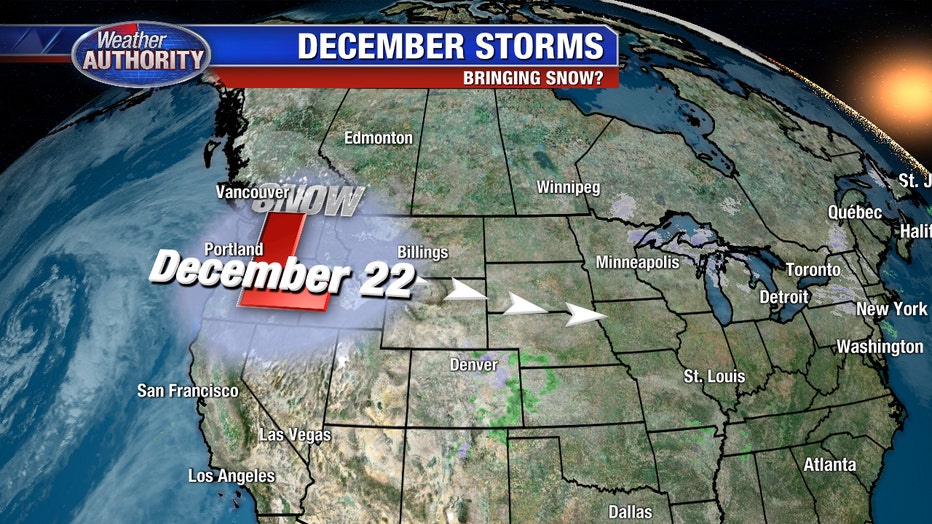