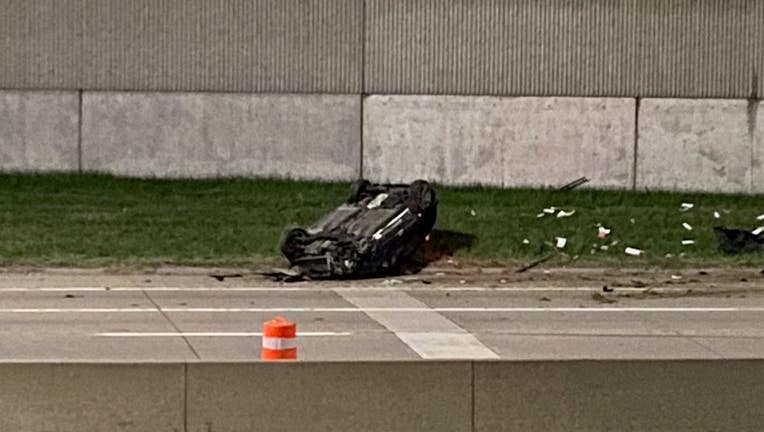 HIGHLAND PARK, Mich. (FOX 2) - Michigan State Police say one person is dead and another was hospitalized after a two-car crash on Davison Freeway led to a rollover.

Two passenger cars traveling eastbound on M-10 near I-75 in Highland Park crashed after one attempted to merge lanes and made contact with the other.

It happened around 1:20 a.m. Monday morning.

A preliminary investigation found that when one car tried switching lanes from the center to the right, they sideswiped a vehicle that was already there.

The impact caused the not at-fault driver to lose control, strike the concrete wall on the right side of the roadway, and roll over multiple times. They were taken to a hospital where they were pronounced dead on arrival.

The at-fault driver was taken to a local hospital for a blood draw.

The crash shut down the roadway for an investigation. 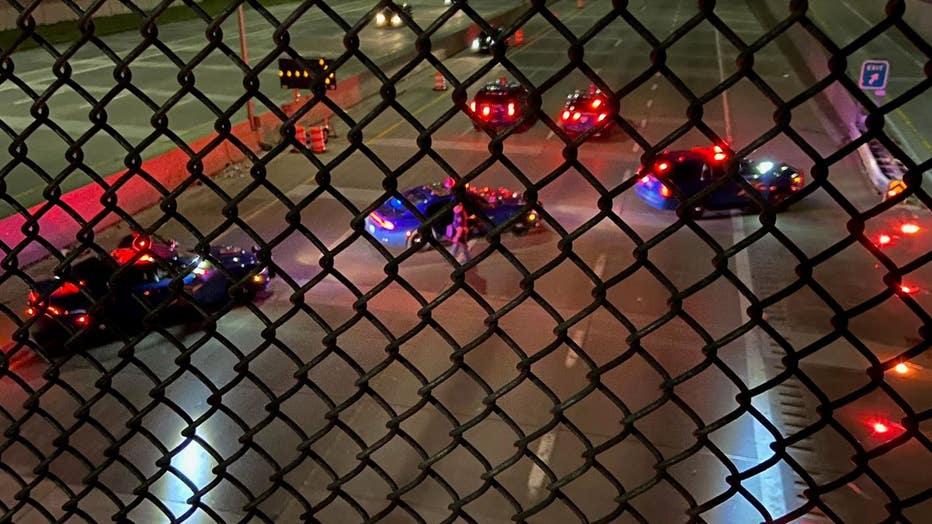