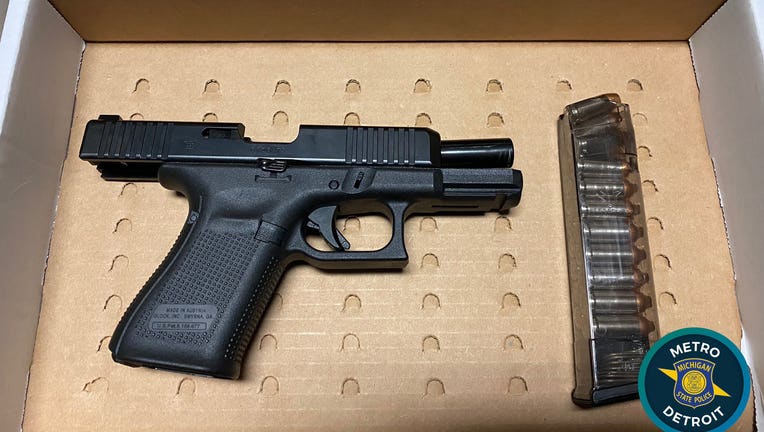 DETROIT (FOX 2) - A mid-Michigan man claiming he was "open carrying" when found with a loaded Glock magazine in his car was arrested Sunday morning.

Michigan State Police pulled a car over after it was clocked driving 99 mph in a 70 mph zone on I-75.

A trooper from the state police's metro unit was near Hazel Park when they attempted the traffic stop. The driver in the car was identified as a 20-year-old man from Clinton Township.

In addition to the loaded magazine found in the glove box, a .40 caliber Glock pistol was found behind the passenger sight. Both were in "plain view" a tweet from MSP read.

The driver did not have a concealed pistol license when they informed police he was "open carrying."

It was the man's third weapons arrest made by the same trooper this month.

A report was filed with the prosecutor's office.