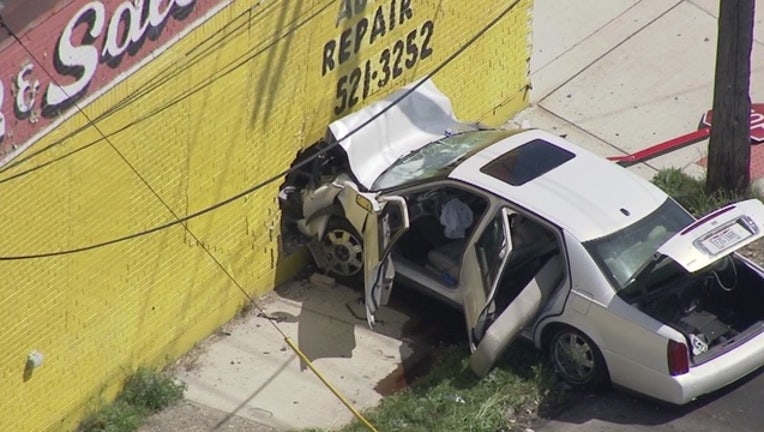 SkyFOX over the scene of the crash after the shooting

DETROIT (WJBK) - One person was killed in a shooting at a stoplight on Detroit's east side Thursday morning, Detroit Police tell FOX 2.

The shooting happened at the stoplight at Chalmers Street and Harper Avenue. Witnesses tell police the victim was at the light when a large SUV pulled up and fired shots into the victim's vehicle. The driver was struck several times.

The driver tried to speed away but lost consciousness and crashed into a building a few blocks north on Hayes. Significant damage was done to the building, which appears to be an auto repair shop.

Police aren't sure what led up to the shooting at this time, and say they don't have a good description of the suspect's vehicle to release at this time.

Police say the victim was in his mid 30s but have not yet released his name.