TROY, Mich. (FOX 2) - One person was killed and two others were seriously injured in a multi-car crash Tuesday afternoon in Troy.

Police are still investigating why the crash happened. 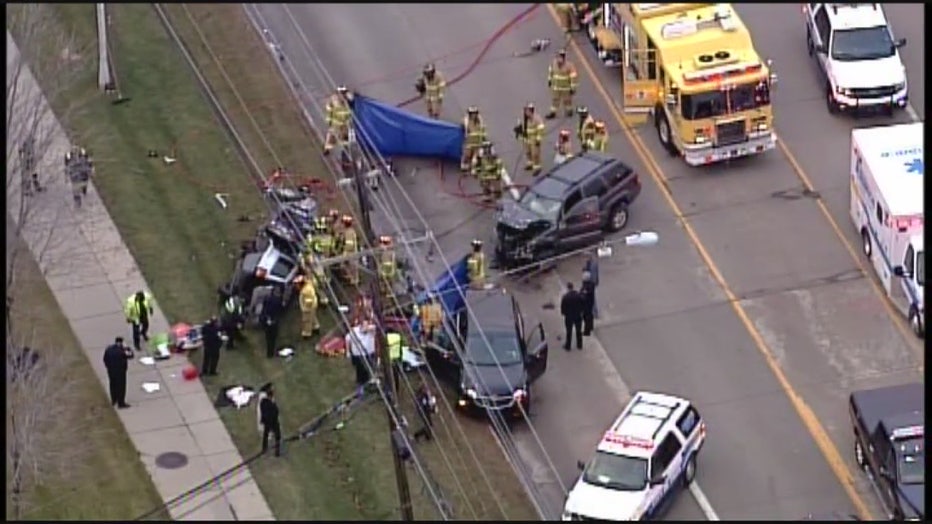 The crash happened around 4:15 p.m. on John R near Orpington, which is north of Big Beaver, when a driver going southbound on John R swerved into the northbound lanes.

The driver of the second vehicle was also seriously injured.

The other drivers involved in the crash weren't hurt.

The cause of the crash is currently under investigation. Alcohol and drugs are not believed to be factors at this time.

The Troy Fire Department responded to the scene to extract the women in the first car. John R was closed for approximately four hours for the investigation.

Witnesses that were not spoken to at the scene are asked to contact the Troy Police Traffic Safety Unit at (248) 524-3477.

Police have not given the name of the victim.