DETROIT (FOX 2) - A $10,000 reward is now being offered for information that leads to an arrest in the murder of a famed Detroit DJ who was shot dead earlier this month in an apparent robbery.

A family is desperate for justice of Byron Gilbert, better known as DJ Slick B on McNichols near Ilene Street.

Born Byron Gilbert, he was shot and killed while walking to his car on Feb. 7 on W. McNichols at Ilene St. on Detroit's west side. He was 28 years old.

Detroit police say someone came up with a gun to rob him and his friend. The suspect fired shots and drove off, leaving Slick B for dead. His friend survived.

His friends and music colleagues told FOX 2 Gilbert was just hitting stride in his career.

“He was a real workaholic and would take every job he could possibly take, to and he would do a lot for free,” said music producer Helluva.

“Real humble guy, speaks from the heart, loves the city, has a family, that’s what hurts the most,” said radio personality Dr. Darrius.

Detroit police haven't released any information about a possible suspect.

If you know anything about what happened, call Crime Stoppers at 1-800-SPEAK-UP. You will remain anonymous. Rewards are paid when a tip leads to an arrest; Crime Stoppers does not wait for a conviction. 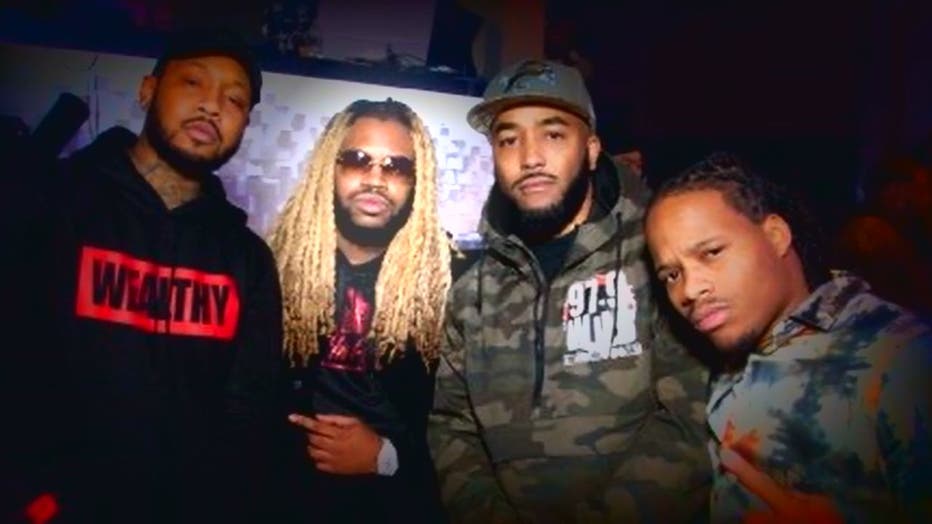 A photo of DJ Slick B, second from left